UK: Almost Half Of Teachers Against Muslim Headscarves 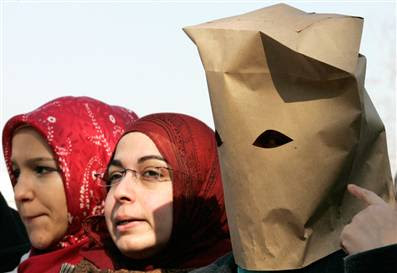 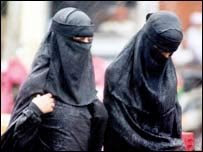 A report from the Daily Telegraph discusses findings from a recent YouGov poll amongst British teachers. The poll was commissioned by Teachers TV, a digital TV channel linked to its own website which was launched on February 8, 2005.

More than 70 per cent of the poll's respondents were in favour of promoting "Britishness" in schools. 46% also thought that allowing children to wear religious symbols was contrary to British values, and potentially undermined schemes to promote racial and religious harmony.

The head of Teachers TV, Andrew Bethell, was quoted by the newspaper as saying that the poll showed a "shift away from multiculturalism" in "post 7/7 Britain....There seems to be an increasing feeling among teachers that simply embracing difference is no longer enough. Pupils need a sense of common identity and 'Britishness' is a big part of this."

The newspaper also noted that in July, a school which had banned a Sikh girl who wore a bracelet for contravening its jesellery regulations, was overruled by a court. In November, 2007, Sarika Singh of Aberdare School in South Wales had been excluded for not removing her bangle. Her case had been represented by Liberty.

Previously a Muslim girl whose brother belongs to the extremist and anti-democratic Hizb ut-Tahrir group fought her school through the courts. Shabina Begum of Luton had been a pupil of Denbigh High School and in March 2005 had won a ruling against her school which would not allow her to attend while wearing a head-to-toe "jilbab". Her lawyer was Cherie Blair, wife of Tony Blair. On March 22, 2006, the school won its appeal against the ruling after petitioning The House of Lords.