MUSLIMS IN OXFORD RAPED 12-YEAR-OLD WHOM THEY CONSIDERED PROPERTY 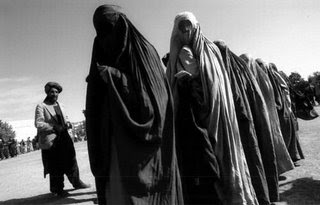 Photograph of the future of Britain

The UK Guardian won't get into clear details about the religious mindset that led to this shocking crime, but they do acknowledge the names of the perpetrators:


A young woman has told the Old Bailey that when she was 12 years old she was branded with the initial of a man so other men who raped her would know she "belonged" to him.

The jury was earlier told that the woman, now 19, had been sold to the man as an 11-year-old. She told the court that until she was 15 he repeatedly and brutally raped her, organising for other men to have sex with her.

The woman, known as girl D for legal reasons, said on several occasionsMohammed Karrar and his brother Bassam Karrar forced her to have sex with one of them while performing a sex act on the other.

The woman is the fourth witness to give evidence at the Old Bailey in the trial of nine men accused of offences including rape, trafficking and child prostitution against children as young as 11 in Oxford.

If you have the stomach for this, read more, but be forewarned that it's as repulsive as you can expect.
Posted by Pastorius at 2:36:00 pm

the 'animals' will get of Scott free -you wait and see!!
Carol-CS