Wanna know why Zero Dark Thirty didn't make it at the Oscars? 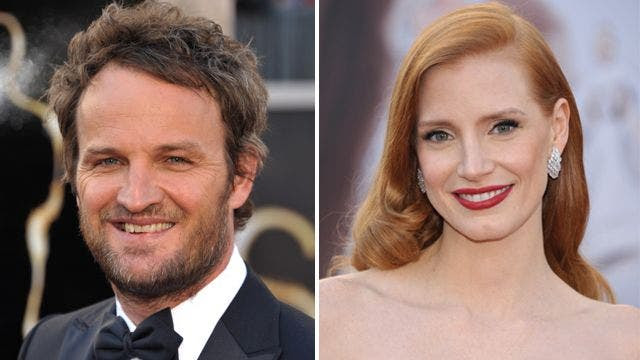 LOS ANGELES – "Zero Dark Thirty" actress Jessica Chastain has thrown her support behind the effort to free the jailed Pakistani doctor who was integral in helping the U.S. track down and kill Usama Bin Laden.

"[It ] breaks my heart he's still in prison," Chastain told Fox News on Sunday on the red carpet of the 85th annual Academy Awards, referring to Dr. Shakil Afridi.

Chastain played a C.I.A. agent who directed the operation to find Bin Laden, but told Fox news "there are hundreds of unsung heroes" in the successful operation and she didn't think there was "one person who should be credited."

Fellow actor Jason Clarke, who played an agent who used enhanced interrogation methods in the film, agreed with Chastain on the plight of Dr. Afridi, saying "it's wrong that he's being held."

The actors responded to questions following an ad placed by activists in the trade publication The Hollywood Reporter that urged the “Zero Dark Thirty” cast and crew -- as well as the teams behind all of the Best Picture-nominated films -- to draw attention to the jailed doctor.

Bob and Kira Lorsch and their RHL Group took out a full-page ad with the headline: “Oscar, Help Free Afridi. America’s Abandoned Hero.”

The ad, part of the group's “Free Dr. Afridi” campaign, read in part: “Dr. Shakil Afridi is the man who verified Usama bin Laden’s location in Pakistan for the United States. Without Dr. Afridi’s sacrifice, we may not have pinpointed the location of the world’s most dangerous terrorist. His Reward… he was abandoned, captured and is still being tortured by Pakistan ever since Bin Laden was killed in May 2011. After all, who will stand up to help America next time if this is how we treat our friends?”

The advertisement also acknowledged a number of individuals and organizations it says have championed the issue, including Rep. Dana Rohrabacher (R-Calif.), the cast and crew of "Zero Dark Thirty," and Fox News Correspondent Dominic DiNatale and Producer Sib Kaifee, whose exclusive reporting has helped shed light on the Afridi case.

It also gently asked those nominated for Best Picture to use the spotlight that the Academy Awards provides to inform the public about Afridi’s heroism and subsequent incarceration: “As you celebrate the Oscars, please consider spending a few moments of your limelight to draw attention to Freeing Dr. Afridi. Since the real star of 'Zero Dark Thirty' is not here to accept his award for best True American Hero, perhaps you can accept yours partially on his behalf." 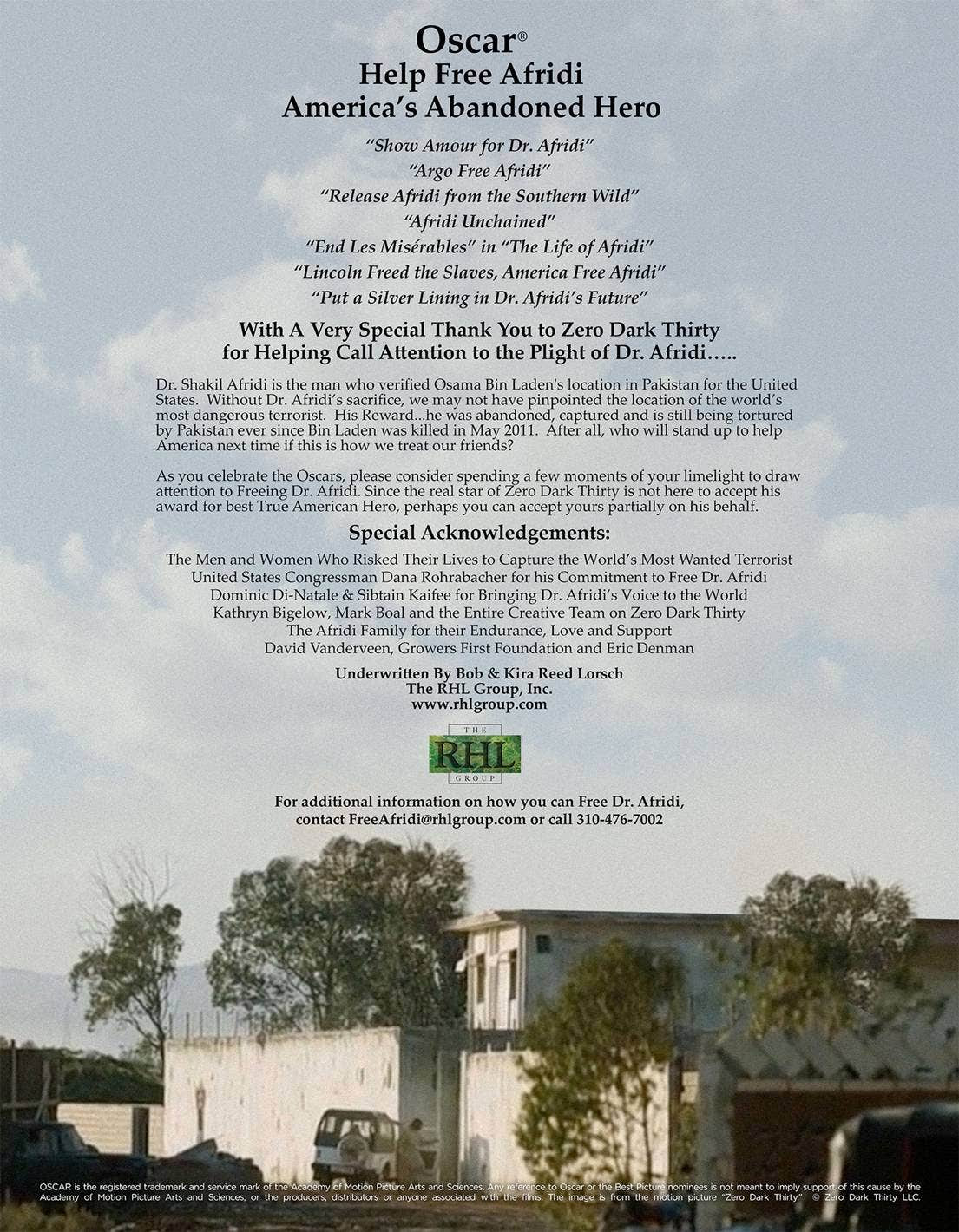 Dominic DiNatale contributed to this report.
Posted by midnight rider at 9:32:00 pm

“As you celebrate the Oscars, please consider spending a few moments of your limelight to draw attention to Freeing Dr. Afridi. "
Sadly= the AW turned the Best Film segment over to MUCHA Obama (M O) -

see why last night was the first tine I watch the A Awards in over 15 YEAR!!!ND THAT WAS ONLY BECAUSE I WAS WITH DEAR FRIENDS - who wanted to watch it...