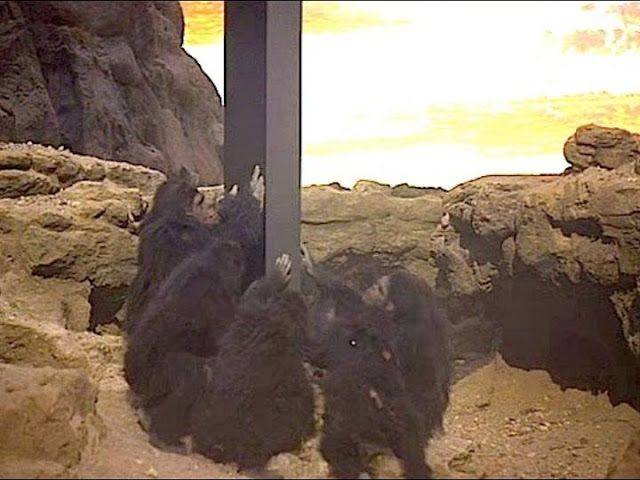 
CAIRO (Reuters) - Islamic State warned in a new video on Monday that countries taking part in air strikes against Syria would suffer the same fate as France, and threatened to attack in Washington.

The video, which appeared on a site used by Islamic State to post its messages, begins with news footage of the aftermath of Friday's Paris shootings in which at least 129 people were killed.

The message to countries involved in what it called the "crusader campaign" was delivered by a man dressed in fatigues and a turban, and identified in subtitles as Al Ghareeb the Algerian.

"We say to the states that take part in the crusader campaign that, by God, you will have a day, God willing, like France's and by God, as we struck France in the center of its abode in Paris, then we swear that we will strike America at its center in Washington," the man said.

OT:
UKDailyMail: Gallows graffiti is sprayed on to German politician's house after he spoke out against the far right amid growing tensions over the country's immigration policy
Politician Soeren Herbst, who regularly speaks out against the far right, said someone had sprayed a gallows on the front of his house in Magdeburg, Germany. The chilling graffiti included the word 'Volksverraeter' - traitor to the German people. 'Now we indeed have a new situation,' Herbst said in a telephone interview the day after the incident. 'You start worrying about your safety and that of your family.'

They are ABSOLUTELY CORRECT in saying that Muslims are a problem.

They are ABSOLUTELY INCORRECT in attributing the problem to anything to do with race, ethnicity, or the like.

They are ABSOLUTELY CORRECT in saying we should stop immigration from Muslim countries.

They are ABSOLUTELY INCORRECT in saying the solution to the Muslims who are already here is to murder them.

That being said, IF the politicians continue to castigate the "Far Right" for their Prescriptions while ignoring the Description, then those same politicians deserve what they get.

They have failed the people and in Europe, the way the system is, the people don't have a way to get rid of the politicians.

"They are ABSOLUTELY INCORRECT in saying the solution to the Muslims who are already here is to murder them."

I don't know where/how you got that from the article.
What I see is the public putting their elected officials on notice with the graffiti. Officials expressed extreme concern about security for themselves and for their loved ones, yet outright dismiss the same concerns of their constituency in regard to threats to their family's security from sudden and unlimited mass migration.
Sauce for the goose/gander

Anonymous,
"Far Right" might not mean the same thing to you as it does to me.

I know, from experience, that there is a real "Far Right".

I also know, from experience, that the media often labels anti-Jihadists as "Far Right."