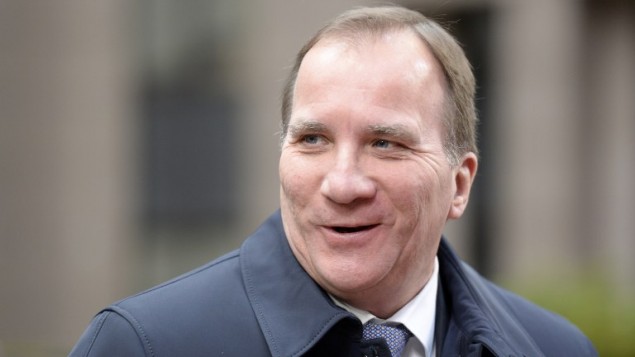 “No, it is not classified as [terrorism],” Lofven said in an interview to the Swedish news agency TT.

“There is an international classification regarding what constitutes or does not constitute [terror]. As far as I know, the [knife attacks in Israel] are not defined as terror.”

Later in the day, Lofven contacted TT again to clarify his message, fearing what he called a “misunderstanding.”

“I meant that it was unclear if the knife attacks are organized by a group classified as a terrorist organization,” Lofven told the agency.

“Nonetheless, the attacks themselves do constitute terror.”

Ties between Israel and Sweden have soured in recent weeks following a series of comments by Swedish Foreign Minister Margot Wallstrom criticizing Israel’s treatment of Palestinians and suggesting a link between the Israeli-Palestinian conflict and the terrorist attacks in Paris last month, claimed by the Islamic State.

Trying to fall back on legal classifications.

No matter whether they are legally defined as terror or not, they do meet the criteria for CRIMES AGAINST HUMANITY.

WHY DOESN'T HE JUST SAY THAT, IF HE IS SO FUCKING CONCERNED WITH MORALITY?

Crimes against humanity are certain acts which are committed as part of a widespread or systematic attack directed against any civilian population or an identifiable part of a population.
Posted by Pastorius at 10:44:00 pm

So they guy who preseides over the nation which has become the rape capital of the world, and now expects another 90k 'refugees' from islamic lands BEFORE THE NEW YEAR, and teaches that Sweden has no indigenous culture is PETRIFIED lest his nation dissolve into arab muslim CHAOS AND VIOLENCE.

It's been nice knowing you Sweden.
I loved Stockholm, Uppsala, and Skellefteå.