Howell and Four Other Suspects Involved in Planned Sunday Massacres 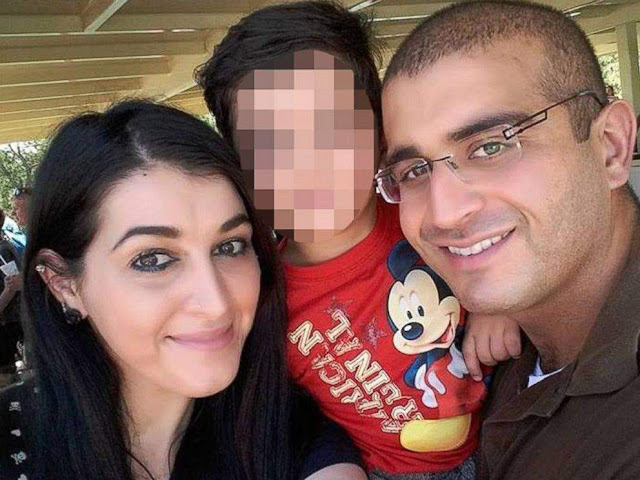 The guy who was arrested on his way to a Gay Pride event in Santa Monica was in on the plot with Omar Mateen in Orlando, Florida?

TIHE OTHER DAY WE REPORTED THAT THERE MAY HAVE BEEN FOUR PEOPLE INVOLVED:


Twitter videoABCNews EXCLUSIVE/#ABC2020 visible on video clip...."Man says he played dead to keep Orlando shooter from killing him."2:15 length video interview reveals the shooter made calls during massacre...ff:0:43"then he called somebody else that he knew and he mentioned that he was the 4th shooter and there was three others and he mentioned, I believe, a female name and was playing dead...he's saying she has a bombing vest and he has one too."

This story says FIVE. Could the female who had a bomb vest have been the fifth? Could it have been Omar Mateen's WIFE?

I don't know whether to believe this story or not. But I think it's worth reading.

From Get Off The BS: 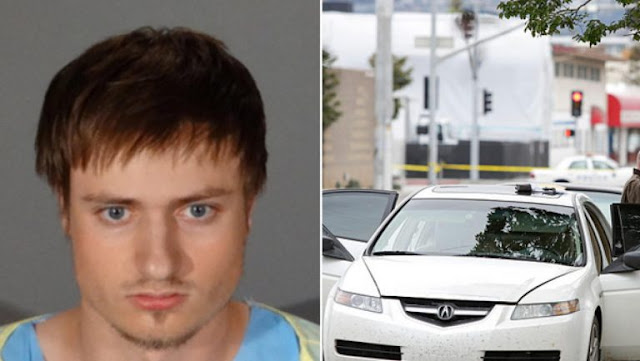 .Five suspects involved in planned attacks
The California case may be linked to the Orlando case...
"When questioned about the other four people involved in the plot, Howell was only familiar with the first names of three of the alleged suspects, naming his contact in LA – Dan and two of the three contacts in Florida, Omar and Brandy.

Speaking of the suspect killed in the Pulse Bar massacre in Florida, Howell stated, “Omar was not suppose to be killed. They lied to us – Omar and Brandy were suppose to get away.”

When Howell was questioned about how he and his conspirators knew each other, he said that,

“We were all familiar with each other through an online fundamental Islamic knowledge seminary course[1] – we were recruited through the course and trained together at a camp in Virginia – we were taught how to shoot and make bombs – everyone knew their part – something went wrong….”

Seriously, the BS is flying thick and fast from all directions so who can you believe?

But this much is certain: The feds immediately "swoop in", take control, and gag local LEO. That protocol has been in place since the Gifford's shooting.

The aftermath is totally controlled by the administration and their MSM toadies. Anything that doesn't fit the narrative is squashed.

We are living in a police state.

Thanks for remembering & including that ABCNews Exclusive Twitter video interview . When I initially posted that link at various sites it was dismissed as an attempt by Omar to psych the cops.

There's an unholy stench - reminiscent of suspected prior gun-grabbing attempts by this deadly-amateur-hour administration (fast&furious, Benghazi set-up for failed hostage exchange of blind sheik for ambassador & false 'movie triggered assaults in ME' nonsense, San Bernadino suspects were vetted....etc., etc., etc., wafting in the air from this treasonous administration ...yet again.

The coalition is focused on engaging other veterans and elected leaders by:

*Urging our elected leaders to close the loopholes in our background check laws that let felons, domestic abusers and the dangerously mentally ill buy guns without a criminal background check.
*Strengthening existing laws and ensuring lawmakers and stakeholders have the resources and training they need to prevent gun tragedies.
*Partnering with other groups in the veterans community on suicide prevention and mental health.

The UN Programme of Action (PoA) on small arms and light weapons envisages the convening of Biennial Meetings of States “to consider the national, regional and global implementation of the Programme of Action.” BMS6 will be the last meeting before the 2018 3rd Review Conference (RevCon3).

Ironically from Reuters - of all places, seems out of character, doesn't it?:
Reuters:Wolf dens, not lone wolves, the norm in U.S. Islamic State plots

HotAir: Mitch McConnell is ready to cave on the Second Amendment.

Are we beginning to recognize the pattern here?