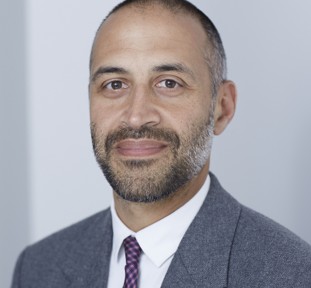 
London’s first Muslim mayor has appointed a Deputy “Integration” Mayor who has worked with CAGE, an allegedly “extremist” organisation who described Islamic State executioner Jihadi John as a “beautiful man”.

Matthew Ryder (pictured left), whose full title will be “Deputy Mayor of London for Social Integration, Social Mobility and Community Engagement”, was appointed by Mayor Sadiq Khan on the 9th of September.

His career as a barrister has focused on taking on the British police and security services, attacking them for issues ranging from undercover surveillance and allegedly unlawful detention.

During his election campaign, the Labour Mayor was accused of sympathising with Islamic extremist after it emerged he shared a platform with numerous anti-Semites, defended 9/11 terrorists as a barrister and had a brother-in-law who was a member of banned jihadi group Al-Muhajiroun.

Such concerns are unlikely to be dispelled, as the controversial Mayor’s new deputy, Breitbart can reveal, spoke at a CAGE event called “Travelling While Muslim” in 2013.

CAGE claims to stand up for Muslims who are persecuted by anti-terror laws. However, they were condemned by the previous Prime Minister and have been described by left-wingers as “a shady Salafi PR outfit” and an “advocacy group for Islamic fundamentalism in British society”.

The group has defended many convicted terrorists and killers – including Mohammed Emwazi (aka Jihadi John) – told Muslims to “support the jihad” in Iraq and Afghanistan and once argued that the UK had nothing to fear from Muslims travelling to Syria to fight.

Cage has also had one member who supported suicide bombing missions in unequivocal manner.

Cage is an Islamic anarchist group. I used to view their site and it was shock and awe yellow journalism.