Why Were Clinton Aides Cheryl Mills And Heather Samuelson Given Immunity By FBI? 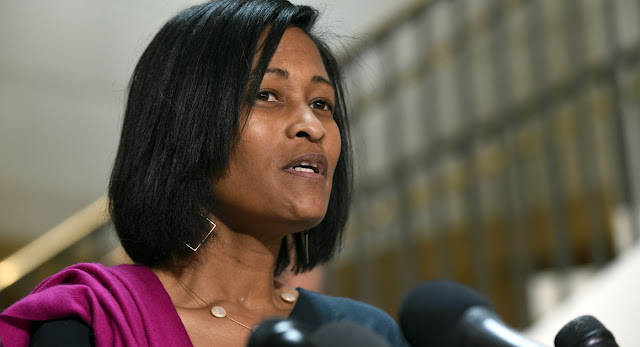 
Well, what would Friday be without the latest document dump from the Clinton email investigation? Yesterday afternoon, with the public in distracted anticipation of the coming weekend and Monday’s Clinton-Trump debate showdown, the FBI released another 189 pages of interview reports.

Along with this document dump comes remarkable news: The Obama Justice Department reportedly gave top Clinton aide and confidant Cheryl Mills immunity from prosecution for any incriminating information located on her personal computer.

According to House Oversight Committee Chairman Jason Chaffetz, the limited immunity was granted in order to persuade Ms. Mills to surrender her laptop computer so the FBI could check whether classified information was stored on it. This is very strange. There was no need to grant concessions to Mills.

The Justice Department could have required the production of the computer by simply issuing a grand jury subpoena. And had there been any concern that Mills would not cooperate, would destroy the computer, or would “misplace” it (as Team Clinton claims to have misplaced so many Hillary devices), investigators could have applied for a search warrant and seized the computer.

In normal cases, the Justice Department does not grant immunity in exchange for evidence when it has lawful power to compel production of that evidence.

The Blaze Documentary: “The Project” - Full Documentary 01:33:32
A disturbing look at Radical Islam's plan to bring America down from within.

In 2001, an inconspicuous manifesto now known as “The Project” was recovered during a raid in Switzerland: A manifesto that turned out to be a Muslim road map for infiltrating and defeating the West. Today, files containing evidence from the largest terror financing trial in U.S. history, which include details about “The Project”, are being withheld by the Department of Justice.

The Banana Republic of the United States.