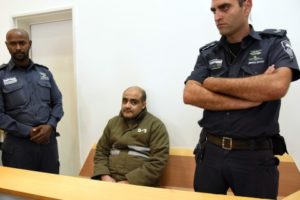 How is it that an Evangelical Christian organization put Muslims in charge of money?


The contracts of 120 Palestinian employees of World Vision in the Gaza Strip were canceled after Israel’s recent arrest of the head of the non-governmental organization (NGO) for diverting millions of the charity’s funds to Hamas.

Mohammed el-Halabi, the Gaza director of World Vision, was indicted Aug. 4 in the Israeli city of Beersheva.

“They informed 120 employees from World Vision in Gaza they were officially canceling their contracts and stopping all their projects in the enclave,” a World Vision staffer, who declined to be identified, told AFP.

A document viewed by AFP said World Vision “is facing a major crisis that has affected the international NGO, including the source of its funding, and due to this crisis all our activities have been suspended in Gaza.”

Senior employees would be kept on partial salaries, the World Vision source said.

The head of World Vision in Gaza, Mohammad el-Halabi, was arrested by Israel and charged with diverting millions of dollars in both materials and cash to Hamas, including the so-called “military wing” of the terrorist organization, according to a report by Arutz Sheva in Israel.

WVI has been antagonistic toward Israel for years under the guise of being "even handed." They are not actually evangelical anymore. Sharing the Gospel has not been a corporate priority for years.

It is the usual rice-to-bullets program which also plagued subsidized orphanages in the Philippines years ago. That money funded al-Qaeda.

You see a picture of a small lad receiving a bowl of rice and hollow out your bank account. The NGO employees divert the money to buy hollow points.

An image is NOT indicative of corporate transparency and ethical business practice. That World Vision did not pick up on this is to their discredit.

I firmly support hand-of charity. The money goes to a known need within arms reach of my pocketbook, not to the opposite side of the globe.