A Decade Of Drooling Over Obama 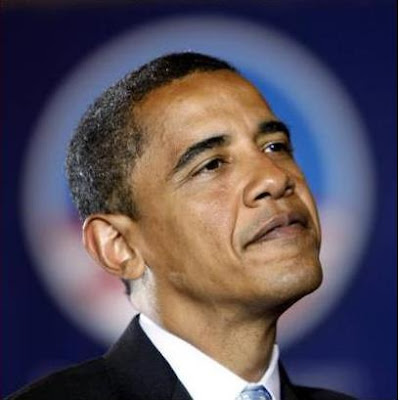 Newsbusters has a comprehensive list of smarmy utterances indicative of the Cult of Obama...Farewell to a Decade of Media Drooling Over Barack Obama (emphases those of Newsbusters):


From the moment then-state senator Barack Obama showed up on the national stage to address the Democratic convention in 2004, the news media were in love. “Obama is a rock star,” NBC’s Andrea Mitchell exclaimed during MSNBC’s live convention coverage back on July 27, 2004. The next morning, ABC’s George Stephanopoulos echoed Mitchell’s enthusiasm: “He’s the Tiger Woods of the Democratic Party right now.”

When Obama ran for President four years later, news reporters led the cheers. “It’s almost hard to remain objective because it’s infectious, the energy, I think,” then-NBC reporter Lee Cowan confessed in an MSNBC.com video posted January 7, 2008. On CNN a few days later, Politico editor John Harris admitted: “A couple years ago, you would send a reporter out with Obama, and it was like they needed to go through detox when they came back — ‘Oh, he’s so impressive, he’s so charismatic,’ and we’re kind of like, ‘Down, boy.’”

As a candidate, the Associated Press celebrated Obama as “something special,” while as President-elect, the Washington Post drooled over his “chiseled pectorals,” on display during a vacation in Hawaii. As President, reporters touted his “prodigious talents,” his “amazing legislative agenda,” and his “huge achievements.” And as an individual, journalists fawned over Obama, calling him “one of our brightest presidents,” a “huge visionary,” “the perfect American,” “our national poet,” and “the most noble man who has ever lived in the White House.”

With the Democratic Party defeated, ObamaCare set for repeal, and incoming President Donald Trump poised to revoke a host of his executive orders, Obama’s actual legacy will likely fall far short of what his media fan club once imagined. But one aspect of his place in history seems secure: Barack Obama has been the lucky recipient of more biased, positive “news” media coverage than any other President in history.

Here are some examples from the past decade, starting with a video montage of the audio and video quotes detailed below.... 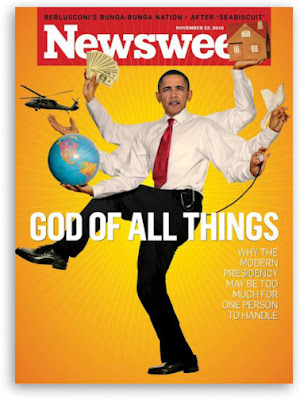 Ten days until January 20. But Barack Hussein Obama will be waiting in the wings and still uttering his words of "wisdom." The mainstream media and other members of the Cult of Obama will lap up every word and drool some more — even as his political legacy is gutted.
Posted by Always On Watch at 12:39:00 pm

He was the only egotistical, pompous, full of himself politician, who visiting Iraq as a Senator, brought HIS OWN camera crew instead of using the one provided on the ground by the military. He has always been on display mode. Only useful idiots could see in him what was never there to see in the first place. Good riddance! 10 days and counting!

Unfortunately, he has already threatened us with encores to his stellar presidential performance.

He'll be a ghost haunting the country until he is exorcized.