Americans Suffer a Bio-Terror Attack Mounted by the Chinese 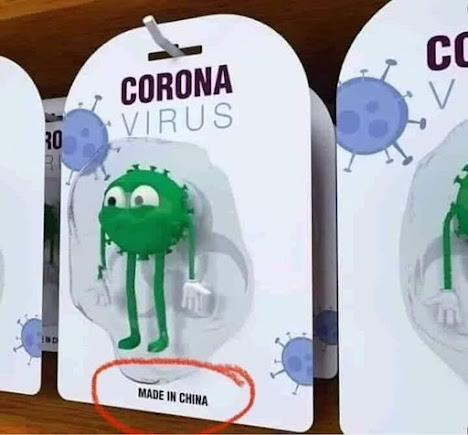 I remember the day when I marched into the pathology lab of our hospital and asked to speak to our chief pathologist. The virus had not even received the designated name of COVID 19 yet, but I had followed the news breaking out of Wuhan.

“Is this virus a bio-weapon?” The pathologist turned visibly pale and quickly turned and walked away from me.

Of course, our government is remiss to tell us. They do not want to cause extreme panic by informing us that a bio-weapon has been deliberately released to cause havoc across the globe. And more importantly, to cause hardship for U.S. citizens.

Our “America First” POTUS had steadily placed the screws on the Communist government. It was important, the he not be re-elected. A pandemic, lock downs, free-falling economy and social impact – assured that an American President who had performed strongly, would not be re-elected.

At what point, can this be considered an act of war? Gain of function in the lab weaponized a virus for use against an enemy. That enemy turned out to be you and me. And while Dr. Fauci may not have been caught up in the “Thousand Talents” espionage program mounted by the Chinese and targeting American research and development, there needs to be an accounting from this man. Claiming innocence regarding signing off on taxpayer-funding of Communist hot lab activities seems improbable. Stating that we can trust Chinese scientists, a bit of a stretch of the imagination. Really, Tony? We are tired of your incessant bullshit.

We were attacked with a bio-weapon. I knew it, before research began to leak out regarding unusual HIV protein spikes in the virus, things which showed manipulation in the lab. (A prior blog from last year addresses this issue.)

I knew it – because of the Draconian, liberty-stripping activities enforced against average Americans in our government’s own panic with being fairly certain that what we were experiencing, was indeed, modern bio-warfare.

China attacked us. They used a bio-weapon. Of that, I am sure.

Because scientists now state there is no natural ancestor for the virus, we can conclude that there was an evil progenitor of what is one of the smallest of weapons of mass destruction; alongside isotopes and inorganic chemicals.