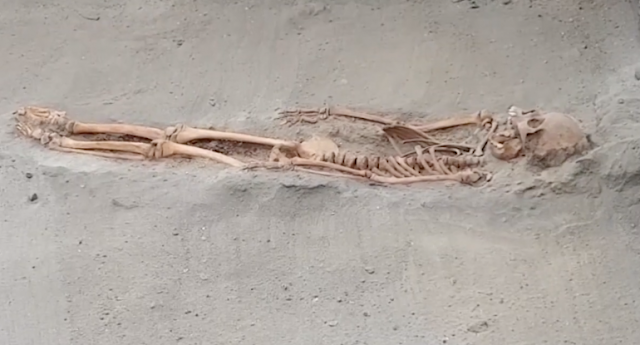 More proof that the conquistadors LIBERATED the indigenous Americans, and that colonialism actually provided them with salvation from horrific indigenous cultures.


Every Columbus Day, liberals insist that the story of European colonization is a simple narrative of good versus evil: horrible Europeans came upon innocent Native Americans, introducing slavery, exploitation, and oppression. A massive archaeological discovery blows one of many gaping holes in this narrative.

While Europeans did indeed do horrible things, the natives weren't exactly innocent. Two hundred and fifty skeletons of children between the ages of 4 and 14 have been unearthed at Huanchaco, Peru, in what experts say is likely the world's largest child-sacrifice site. Huanchaco is a site of the Chimú culture (1200-1400), a predecessor to the mighty Inca Empire, which also carried out child sacrifices.

"This is the biggest site where the remains of sacrificed children have been found," the excavation’s chief archaeologist, Feren Castillo, told AFP in August. "There isn’t another like it anywhere else in the world."

The Peruvian press agency Andina reported that archaeologists discovered the skeletal remains of 250 children and 40 warriors at the site, which is 346 miles north of Peru's capital of Lima. The children were reportedly sacrificed to honor the Chimú gods.

Experts say the children were sacrificed in relation to an "El Niño" event. They were killed during wet weather and buried facing the sea.

This is horrible news for the Native American innocence myth. The very worst site for a particularly horrific form of human sacrifice — the ritual killing of children! — long predates Christopher Columbus's first steps in the New World.