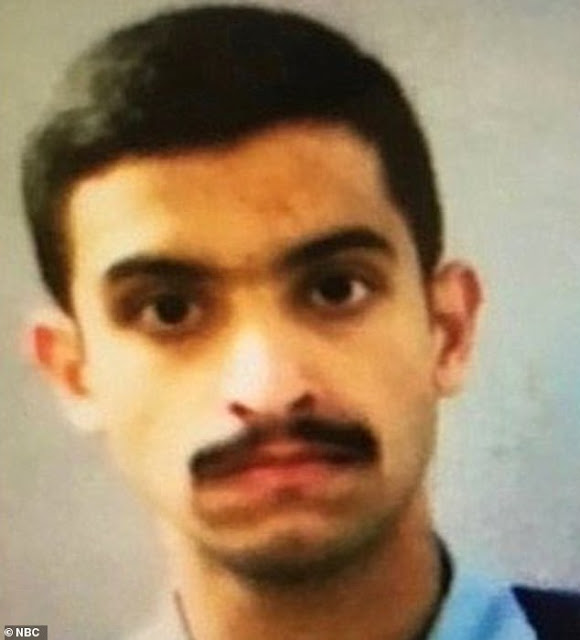 As of Friday evening, six Saudi nationals have been detained for questioning

President Trump tweeted that King Salman told him 'the Saudi people are greatly angered by the barbaric actions of the shooter...'


Twenty 'hand-picked' Saudi airmen training at Pensacola are among the 62,700 foreign military personnel the US trains each year

In the 2018 fiscal year, some 62,700 foreign military students from 155 countries participated in U.S.-run training, the total cost of which was approximately $776.3 million, according to DoD records. Among them is a contingent Saudis who recently arrived at Naval Air Station Pensacola.

In recent weeks, 18 naval aviators and two aircrew members from the Royal Saudi Naval Forces were training with the U.S. Navy, including a stint at Pensacola, according to a November 15 press release from the Navy. It was not clear if the suspected shooter was part of that delegation.

AND OF COURSE, THERE'S THIS:

Pensacola Shooter Was Member of Saudi Arabia’s Military
Posted by Pastorius at 1:13:00 pm