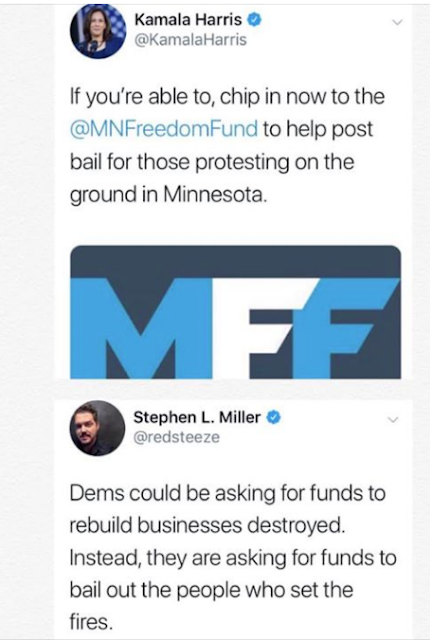 Media idiots are so addicted to their talking points they don't even notice how stupid they sound. This from The Gaurdian:

"...more than 200 were arrested and several officers were injured, following another day of peaceful protests throughout (NYC)..."

See how they HAD to get the word "peaceful" in there?

BREAKING: @FOXLA has learned that LAPD arrested 31 y/o Gregory Wong in DTLA this AM while dressed as/impersonating National Guard. He was armed to the teeth and was booked on assault weapons charges. LAPD says federal charges may come next. Sources confirm this photo. @FOXLA