Hero of mall massacre revealed: Selfless Muslim civilian who rushed INTO terror and saved life of U.S. girl, 4, and her family - UPDATED - Mr. Haji Is Now a Confirmed Infidel 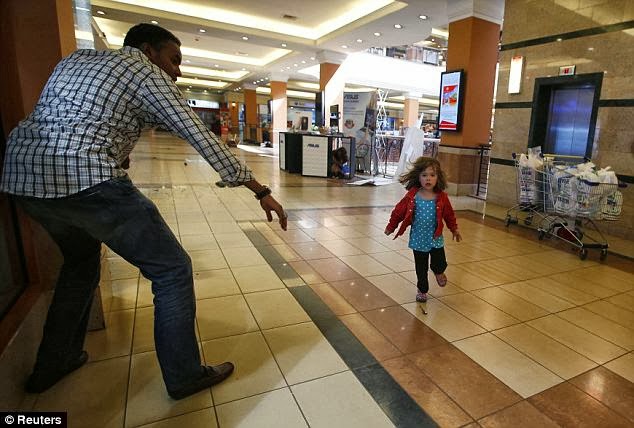 Abdul Haji - The Righteous Among The Muslims

We have found a Muslim who stood up and helped the Christians in the Nairobi Mall when they needed it the most.


A Somali Muslim has been hailed a hero after rescuing a mother and her three daughters from the Nairobi shopping mall as gunmen threw grenades and sprayed bullets yards away.
Katherine Walton feared she and her children would not get out alive after becoming trapped under a table outside a supermarket in the Westgate complex.

But they were saved by Abdul Haji, the son of a former Kenyan security minister, who bravely ushered them to safety as he fired back at the terrorists with a handgun.

His identity has now been revealed after his story was immortalised in an iconic photograph which shows him reaching out to Mrs Walton's four-year-old daughter Portia as she runs away with fear etched on her face. 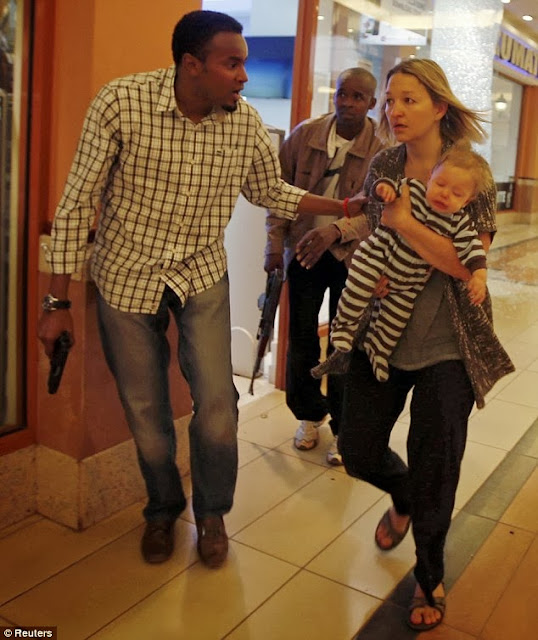 You really need to go read the whole story.

In an interview with NTV, Haji admitted that his brother--who he rushed to the mall to help in the first place--is an anti-terrorism agent and was, until the attack, working undercover.

Haji said that both his father and brother have received death threats in the wake of the attacks now that it is public knowledge that his brother worked to undermine groups like Al-Shabab.

Al-Shabab had threatened retaliation against Kenya for sending its troops into Somalia against al-Shabab, and many of those killed in an attack that horrified the world were Kenyans.

Does
he
remain
a
practicing
and
believing
Muslim?

They may declare him an Infidel.

Infidel or Muslim Bravo for him. And for the former Royal Marine who rushed in several times. I raise a glass to both.

And, dare I say it, they both go to show that one brave determined LEGALLY armed individual can make a helluva difference when the shit hits.

He made very clear in the interview that he is a Muslim and that he speaks for all the Muslims who have encouraged him to talk and use this situation as a platform from which to encourange other Muslims to act against the terrorists who DO NOT REPRESENT ISLAM ... So who knows? He is one rational individual, who according to the fundamentalists is an apostate,but the guy considers himself a Muslim ... He even quoted the Qur'an and said he does not understand from where do the terrorists get their doctrine. I don't understand anything anymore!

Of course, we have no idea whether he would stand against these other things.

And that's more than what a lot of Christians do these days.

As for his apologizing for Islam...it doesn't matter what he says. He did something that was good. You can't argue against it. That he is misguided about his own religion is a good thing. If he wasn't misguided, he wouldn't have helped the Christians.

I certainly wouldn't be correcting his misguided beliefs in Islam anytime soon.

Good for him and my hope is he lives all his life believing in an fake Islam rather than believing in the real one.

However his actions don't change my view on Islam or Muslims one bit.