Well, more specifically, about women in Iraq, Afghanistan, and Rwanda as compared to women in the United States:


Vice presidential candidate Sen. Tim Kaine, D-Va., said Tuesday [August 17, 2016] that the United States has made it difficult for women to be elected to higher office, and argued that America ranks behind Iraq, Afghanistan and Rwanda in this area.

"It took 144 years before women even got the right to vote in this country," Kaine said at a campaign rally in Fayetteville, N.C. "What were we thinking when we said equality mattered, but no. One hundred and forty four years. It took us that long to say in 1920, to say women get a right to vote. And now we're 96 years later and we have just nominated a woman. We know we haven't had a woman president....


What is there to say? 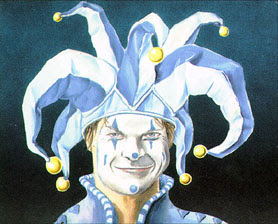 He is my moronic senator. I do not recommend him.

Do we really need another 4 years of distortion? Seriously, I cannot think of another country that works harder for equality and representation of minority persons and minority opinions. We have a great country. It is a shame we no longer elect great leaders.

Kaine is my moronic senator, too!

And if Hillary, in poor health it seems, gets elected and dies.....nightmare! Stick a fork in the country.

WC,
Kaine is such an asshat.

I wouldn't put it past Kreepy Kaine to have his CAIR buddies arrange a little accident for Hillaryif by some misfortune she is elected POTUS. He strikes me as being equally as money and power hungry as she is. He's a dimwitted fool who would never be elected if he ran, and he knows it. I have news for him. Flooding the country with Muslims who hate us and want to overthrow our government and destroy our Constitution is in no way representative of Jeffersonian values. In fact, both Jefferson and Adams issued severe warnings regarding caving to Muslis in any respect. Ushering then into the U.S. to set up Sharia compliat enclaves where people refuse to assimilate but demand that we become compliance with their ways instead is beyond stupid. Does Kaine have daughters or granddaughters who will be leaving home for college someday or who will even want to have the freedom they have today to take walks or jog in their own neighborhoods without male escorts without the fear of reprisal from the males of his beloved Muslims? Since he will not be able to protect them 24-7, and these savages seem to be,able to gain access to just about any woman they choose to target, maybe he shoukd think about it.