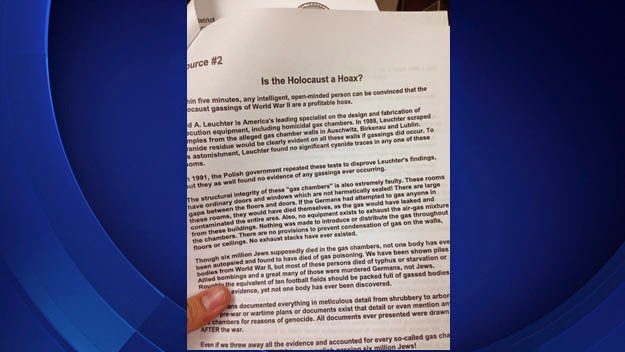 
The Rialto school district planned to revise an eighth-grade assignment that raised red flags by asking students to consider arguments about whether the Holocaust — the systematic killing by the Nazis of some 6 million Jews and millions of others — was not an “actual event” but instead a “propaganda tool that was used for political and monetary gain.”

In a statement released Monday, a spokeswoman for the Rialto Unified School District said an academic team was meeting to revise the assignment.

Interim Superintendent Mohammad Z. Islam was set to talk with administrators to “assure that any references to the holocaust ‘not occurring’ will be stricken on any current or future Argumentative Research assignments,” a statement from district spokeswoman Syeda Jafri read.

“The holocaust should be taught in classrooms with sensitivity and profound consideration to the victims who endured the atrocities committed,” Jafri said. 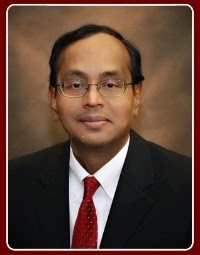 The English/Language Arts assignment, first reported Sunday by the San Bernardino Sun and provided to KTLA by the newspaper, asked students to write an argumentative essay about the Holocaust describing “whether or not you believe this was an actual event in history, or merely a political scheme created to influence public emotion and gain wealth.”

The 18-page assignment instructions included three sources that students were told to use, including one that stated gassings in concentration camps were a “hoax” and that no evidence has shown Jews died in gas chambers.

“With all this money at stake for Israel, it is easy to comprehend why this Holocaust hoax is so secretly guarded,” states the source, which is a attributed to a webpage on biblebelievers.org.au.

“In whatever way you can, please help shatter this profitable myth. It is time we stop sacrificing America’s welfare for the sake of Israel and spend our hard-earned dollars on Americans.”

The other sources were from the websites history.com and about.com. The Los Angeles-area chapter of the Anti-Defamation League contacted the school district, saying the assignment was dangerous “given the large volume of misinformation” on Holocaust-denial websites.

“It is ADL’s general position that an exercise asking students to question whether the Holocaust happened has no academic value; it only gives legitimacy to the hateful and anti-Semitic promoters of Holocaust Denial,” read an email to the school district from ADL Associate Regional Director Matthew Friedman.

The ADL posted a statement, including the quotes from Friedman, on its blog on Monday.

“ADL does not have any evidence that the assignment was given as part of a larger, insidious, agenda,” the blog post read. “Rather, the district seems to have given the assignment with an intent, although misguided, to meet Common Core standards relating to critical learning skills.”

Rialto Unified, which educates about 26,000 students in a San Bernardino County city about 50 miles east of Los Angeles, did not receive complaints about the assignment from parents, teachers or administrators, Jafri told the Sun.

Pastorius: Note the usual Muslim slippery denial language. What I mean is, for example, if you ask a Imam, "Do you want Apostates and Homosexuals to be put to death in America?" They will answer, "No, not in America." But, if you ask the same Imam, "Is it right to put Homosexuals and Apostates to death in Saudi Arabia?" The same Imam will answer, "Yes, because they are following Sharia.

The word, "Sharia", means "The Way." Sharia is the way things should be wherever Islam, or the Will of Allah reigns. So, a devout Muslim will never criticize a Muslim society for following the Way.

Here, what the Superintendent Mohammed Z. Islam is doing is using slippery language to avoid saying he believes the Holocaust is open to what anti-Semites call, "Historical Review."

The Imam could have said, "Of course the Holocaust is a true fact of History and it should be taught as such, especially when we know there are so many people who are bent on denying the reality for reasons of politics and bigotry."

But, no, Mohammed Z. Islam did not put it that way.

Muslims get away with this kind of bullshit (Taqiyya) all the time, because people do not understand how to listen to Muslims talk.

Nor do they know how to ask the correct followup questions in response.
Posted by Pastorius at 1:42:00 am

Muslims are a lesson in critical thinking all by themselves.

Sorry I missed this I will delete

“The holocaust should be taught in classrooms with sensitivity and profound consideration to the victims who endured the atrocities committed,” Jafri said.

No, the Holocaust should be taught with the truth leaving no doubt in young mindsph.

My suggestion for an assignment: Global warming- fact or fiction? that should hone critical thinking skills.