Smiling sisters shot dead for dancing in the rain: Pakistani girls, 15 and 16, killed along with their mother for making video which 'stained the family honour'

Two teenage sisters have been murdered in Pakistan after they were accused of tarnishing their family's name by making a video of themselves dancing in the rain.

The girls, aged 15 and 16, are seen running around in traditional dress with two other younger children outside their bungalow in the town of Chilas, in the northern region of Gilgit.

The sisters, named as Noor Basra and Noor Sheza, appear to break into dance and one even flashes a smile at the camera.

Innocent: The teenage sisters were filmed playing and dancing outside their home

However, when the footage was circulated via mobile phones, it caused outrage in the conservative Pakistani town.

Last Sunday the girls were shot alongside their mother in their home by five gunmen.

Is Barack Obama the Muslim nation’s new caliph? Try to remove Obama and you will see “Jihad” on a scale never imagined before!

Obama is galvanizing (uniting) the Muslim nation.
I'm posting this because I think there is interesting information contained in this article. I'm not saying I think Obama is a Muslim. I do question, however, the source of his allegiance to Islam.


I do not believe his allegiance to Islam is in the interest of Human Rights. I believe there is a Fascist motive present. I don't know if the Fascism is a Gramscian attempt to weaken the West, or whether it emanates from a belief, on Obama's part, that Islam is as reasonable a system of government as the American system, and is therefore to be nurtured? It could be a combination of both. I don't know.


I can only say, I believe Islam is a Fascist system, and that any reasonable Western leader would do his best to steer away from a system like Islam, which is responsible for the deaths of hundreds of millions of human beings over the last 1400 years.


The Muslim Brotherhood is primarily Sunni, one of the two major sects of Islam and which the majority of Muslims are, including all in Indonesia where Obama was in his most formative years raised by his Muslim stepfather, Lolo Soetoro, and where his name was Barry Soetoro, not Barack Obama. And now he is aiding the Brotherhood with American tax-dollars and weapons to overthrow the Shia sect in Syria. Shia Muslims in Syria were until recently aided by the mullahcracy in Iran and Hezbollah in Lebanon — both are Shia. But don’t misunderstand, the violent sectarian conflict between Sunni and Shia Muslims (seen in Iraq today)  has always been temporary, i.e., until a new caliph is chosen.

For the cameras, Abdullah of Saudi Arabia (Sunni) and Ahmadinejad of Iran (Shia) are in fact united against the United States, Israel and Western civilization. See the Sunni Muslim glaring at Ahmadinejad: It will take time for them to get used to unity.
So now We the People of the United States of America have a Sunni Muslim in our White House aiding, comforting and uniting Islamic powers into a caliphate while most American Citizens are truly struggling financially. Many of us don’t even have a bank account any longer and are dependent on food stamps.
If you do not know that Barack Hussein Obama, Jr. is a Muslim, then you do not know what Islam is, (i.e., you do not know what the Quran instructs), and have not acknowledged the facts.
Obama wrote in his book, “The person who made me proudest of all though was Roy, he converted to Islam.” A Christian would NEVER say that! Roy is Barack Obama’s brother and after “he converted to Islam” he changed his name to “Abongo“. What we must acknowledge here is that Obama’s mother married a second Muslim, Lolo Soetoro, who adopted her son in Indonesia and his name was Barry Soetoro. “Barry” is not a Muslim name and after leaving Indonesia he changed his name to “Barack,” an Arabic Muslim name. Also Barack wrote in his book, “Lolo followed a brand of Islam… I looked to Lolo for guidance.” What we must acknowledge is that Barry’s stepfather, Lolo, and mother enrolled him in two separate Indonesian schools as a Muslim. They could have circled Catholic, Christian, Buddhism, Hindu, but they circled Islam. And in a third quote from Obama’s book he says, “I will stand with the Muslims should the political winds shift in an ugly direction.” Instead of saying he is on the side of America, or of Western civilization, or on the side of the Jews and the Christians who are the victims of Islamic terrorism instructed by the Quran and hadith, he is going to stand with the Muslims. And we see him doing this daily: He has been aiding and comforting the Muslims on every issue and at every step of the way. 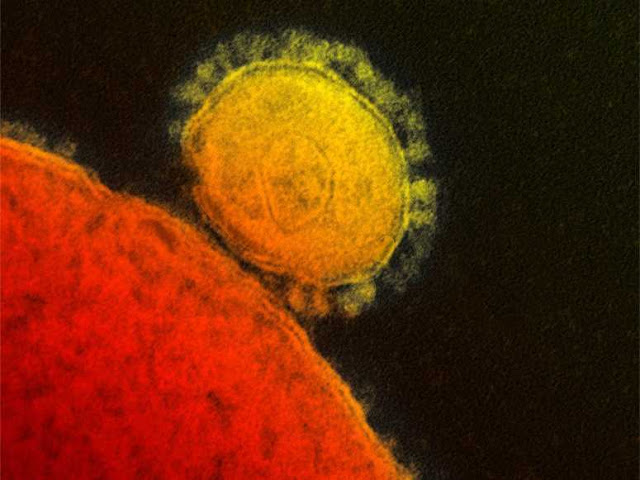 
The New England Journal of Medicine report on the MERS-CoV nosocomial outbreak at 4 hospitals in the Eastern Region of Saudi Arabia clearly demonstrates the role of the index case and super spreader in the infection of 23 confirmed cases.

However, in addition to the 23 confirmed cases, the authors identified 11 probable cases, who were defined as pneumonia cases linked to confirmed cases, but who were not laboratory confirmed because no sample was available or only one negative test was run.

The confirmed dialysis cases did not fare well. One patient had a mild case and was not hospitalized. However, all 8 of the cases who were hospitalized died.

The status of patients was updated on June 12. For the 23 confirmed cases, 15 had died and 6 had been discharged (including the case who was not hospitalized). 2 cases were still hospitalized in critical condition on June 12, but have since died. The two probable cases in supplement figure 2 also died. Thus, for the 25 cases with public outcomes (23 confirmed and 2 probable - index case and super spreader), 19 died and 6 survived to produce a case fatality rate of 76%. The survivors were concentrated in the cases who were previously healthy. All three of the family members (patient M, O, and S) who were linked to three confirmed cases (patient G, S, and A) survived, as did the nurse (patient R) infected by the index case.


The dramatic spread of MERS-CoV in the Al Hasa hospitals raised concerns that more such spread would be seen, which was confirmed by reports of additional cases in the eastern region which were at unnamed hospitals in unnamed cities.

Thus, it is unclear why MERS-CoV was not confirmed in fatal and serious pneumonia cases in Al Hasa, but MERS-CoV was detected in asymptomatic HCWs and children in the most recent KSA reports.Read the full story here, with more indepth info and with more links.

When the Black Death exploded in Arabia in the 14th century, killing an estimated third of the population, it spread across the Islamic world via infected religious pilgrims. Today, the Middle East is threatened with a new plague, one eponymously if not ominously named the Middle East respiratory syndrome (MERS-CoV, or MERS for short). This novel coronavirus was discovered in Jordan in March 2012, and as of June 26, there have been 77 laboratory-confirmed infections, 62 of which have been in Saudi Arabia; 34 of these Saudi patients have died.

Was The Man Who Attacked Tommy Robinson a Government-Paid Agitator?

You can see the man attack Kevin Carroll and Tommy Robinson at the :31 second mark in the video below:

"David Smith @daveinupton 5h @EDLTrobinson Tommy, do you think that guy in the blue that threw the punches was a undercover policeman? Or did you see him get arrested?".........."Tommy Robinson EDL @EDLTrobinson 2h @daveinupton yes I believe he was a government agitator no police grabbed him they let him walk off? Reports say he was arrested though?"....."police allowed him to do it. More video to be released of us arguing earlier with them, then police let them walk with us???

This is why Tommy has every reason to believe the assault was by a government paid aggressor/agitator:NCAFC March #Nov9 2011 - Police Undercover Snatch Squad or Agents Provocateur ? quote: "Video catches two plain clothed guys have a brief word with uniformed officers before slamming into the crowd, barging into a young guy, spinning him around, lashing out at him, then as uniform approach they flash a warrant card behind their back. The uniformed officer turns away, the 2 guys escape into the crowd. The crowd shouts "agent provocateur" and points as they make their way pushing through..

Briefly the video loses them, but in the final section we see 2 (other) plain clothed guys helped over police barriers by uniformed officers and they join 6 other officers detaining one young guy. 2 of the 6 already present are the ones we originally saw causing trouble. (coincidentally, one resembles Richard Purssell) Snatch squads, or a bit more than that? Agents Provocateur?

Video about the Nazis and the Mufti


Via Israpundit, here's a video about the history of the Nazi-Islamic alliance during WW2.
Posted by Avi Green at 3:00:00 pm 2 comments:

ElBaradei, a Nobel peace laureate and former chief of the International Atomic Energy Agency (IAEA), said in a video message released on Saturday that President Musi has “failed” in leading the nation toward a proper democratic path following the Jan. 25, 2011 revolution.