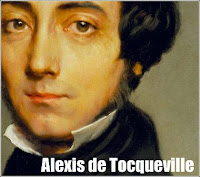 "I studied the Koran a great deal. I came away from that study with the conviction there have been few religions in the world as deadly to men as that of Muhammad."

Have that quote in my notes and it's a memorable one. As well as John Qunicy Adam's and Winston Churchills. If we had these kind of minds in charge against todays jihad.........

Brief, accurate and to the point.

It would make a great sticker. As a matter of fact, a series of these quotes attributed to historic men of stature would sell well used as temporary graffiti via stickers or temporary tattoos, buttons, magnets, bumper stickers, t-shirts, calendars (think famous historic counter-jihadi of the month) etc.. Some enteprising counter jihadi ought to make some money with this via cafepress.

Tocqueville found what any rational person examining the Koran would.

Classical Greek and Roman accounts
Later commentators have compared these accounts with similar ones from Greek and Latin sources speaking of the offering of children by fire as sacrifices in the Punic city of Carthage, which was a Phoenician colony. Cleitarchus, Diodorus Siculus and Plutarch all mention burning of children as an offering to Cronus or Saturn, that is to Ba‘al Hammon, the chief god of Carthage.

...And pale beamed the Crescent, its splendor obscur'd
By the light of the star spangled flag of our nation.
Where each flaming star gleamed a meteor of war,
And the turban'd head bowed to the terrible glare...
FSK

Madison finished the job in 1815 when he sent the fleet again...

"It is settled policy of America, that as peace is better than war, war is better than tribute.
The United States, while they wish for war with no nation, will buy peace with none."
JM

The question is, do you believe that certain gods actually exist upon the Earth and really interfere in the affairs of man.

Or, is this behavior somehow innate to human beings, and thus stoked by the words of certain madmen through the ages?

If so, then Mohammed may simply be the maddest of madmen.

But, having read the Koran and the Hadith accounts of his life, Mohammed did not seem like a particularly intelligent man to me.

So, how did he come to be possessed of a mad genius?

Also, come to think of it, the Islamists didn't have much of an ability to harm us back then, so there was also much less of a fear factory involved when it came to westerners criticizing Islam.

Those are GREAT quotes. Gave me tingles...

No, there wasn't such a concern with multiculturalism or offending any groups.

So it might have been easier to say such things. And yet, here we are in the PC-dominant culture saying things at least as strong, and getting away with it!

Yeah, and I hope we continue to get away with practicing our first amendment rights!

It is incorrect to assume that Islamists did not have the ability to harm the West at that time. They did indeed. Muslim "pirates", actually terrorists, not only raided Western ships, but came to Western shores across Europe, including England and even the East Coast of Canada to raid churches and homes to kidnap men for ransom, and women and children to be traded as sex slaves or forced to convert to Islam. The White mainly Christian slave trade affected tens of thousands of innocent victims.

So the Arabs were heavily involved in the White (Western) as well as the Black (African) slave trades.


No, there was not such a concern with multiculturalism or offending any groups.

So it might have been easier to say such things. And yet, here we are in the PC-dominant culture saying things at least as strong, and getting away with it!

I can not even say we are going backwards!!!

"But, having read the Koran and the Hadith accounts of his life, Mohammed did not seem like a particularly intelligent man to me."

I read an article by a psychology dude who said (my paraphrase) that nutty religious followers looking for the 'truth' w/in their leaders words will re-double their enthusiasm/efforts when prophecies fail to come to pass etc. It is easier to 'make' the religion happen than to admit you were/are an idiot and very wrong.
The problem then is not Mo but his followers not wanting to admit they are idiots for ever believing the jerkwad.

Sameno Kami,
Seems true. For instance, the computer nerd cult guys in San Diego who thought they were going to be taken up with the Hale-Bopp Comet, they all killed themselves AFTER their prophecy failed to come to pass. They killed themselves not because the prophecy failed to come true, but because they were redoubling their efforts. They were doubling down, if you will. If we kill ourselves, they reasoned, then we will be taken up to the Hale-Bopp Comet.

Like Winston Churchill, Alexis de tocqueville's comment holds a great authority. Anyone who came across him before in other studies will know his thoughts are incredibly insightful.