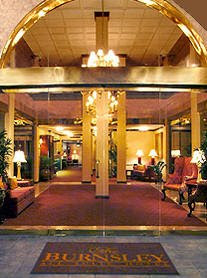 A Minnesota-based legal advocacy center for Somalis is assembling a troubling, curious background of a man found dead in a Denver luxury hotel Monday near a pound of deadly cyanide.
"He was psychotic; he was on medication," said Omar Jamal, executive director of the Somali Justice Advocacy Center, which has talked to dozens of people who knew Saleman Abdirahman Dirie, a 29-year-old Canadian citizen and former Somali refugee.
Dirie's journey to the U.S. and his stay in an expensive hotel does not fit the profile of his humble, somewhat reclusive life, Jamal said Thursday.
"People who knew him are shocked," Jamal said. "He was unemployed; he had no money. Whoever gave him the money for that hotel may have also given him the cyanide.
"We need to find that person."
Jamal said Dirie was not particularly religious and was not active in Somali groups as an adult.
Dirie was buried Thursday at Hampden Cemetery after a service at the Colorado Muslim Society's Abu Baker mosque.
Posted by Pastorius at 1:28:00 am

"People who knew him are shocked," Jamal said. "He was unemployed; he had no money. Whoever gave him the money for that hotel may have also given him the cyanide.
"We need to find that person."

ACTUALLY, it was six days, from reports AND,

he had enough cyanide to kill hundreds,

you know, I know lots of mentally ill people, because I do homeless advocacy,

I'VE YET TO MEET ONE WALKING AROUND WITH THAT MUCH CYANIDE AND THEN, STORING IT IN A MOTEL ROOM!!!

duh, can we say COVER UP?

Of course, they don't report the Somalian community in Aurora Colorado where, almost Nightly the police are called out because ole Islam boy thinks not a prob slapping the ole second or third wife around...

hmmmm, and they need to find this man's source? Where this poor unemployed man got THAT much cyanide?

Not religious but service at the Mosque--gee, where's the martyr party? [sorry, LOL]

seriously though, this incident right before the convention, and only blocks away,

and well, Hey, you know I too, grab cyanide and put it by my bed when I go on vacation too, Don't YOU? Its like, the every day thing to do,

I love the smell of almonds in the morning, mmmmm,

seriously though, this wreaks of TERRORISM A MILE AWAY--and whats so DEADLY SERIOUS about this,

if he had THAT much cyanide--who else has That much cyanide? Whose to say He was the ONLY one?

let me guess--they have MENTAL ILLNESS TOO?

this is going to be one hell of a month...

"He was unemployed; he had no money. Whoever gave him the money for that hotel may have also given him the cyanide.
"We need to find that person."

that hotel = fine-dining tradition continues at The Burnsley All Suite Hotel.

. . .BTW, who funded his trip abroad? his meals?
In town travel was not much of an issue.

****The Burnsley All Suite Hotel provides complimentary shuttle service to our hotel guests from 7 AM to 11 PM, seven days a week****

****Dirie was buried Thursday at Hampden Cemetery after a service at the Colorado Muslim Society's Abu Baker mosque. ****

Guess his 'concerned' and 'shocked' family and friends didn't want his body shipped back.
Go figure.

From the Burnsley hotel media center, a report from January:
The Burnsley All Suite Hotel Strives to End Homelessness in Denver; Joins Mayor Hickenlooper’s Pajama Party

The Burnsley All Suite Hotel joined forces with other downtown Denver Hotels to raise money for Denver’s Road Home, a charitable initiative by Denver’s Mayor John Hickenlooper which is striving to end homelessness in Denver within ten years. The Pajama Party had all Burnsley managers working tipped positions in their pajamas with all tips from the evening were donated to the cause. Additionally, a portion of all guest room revenue was donated. To date, Denver’s Road Home has achieved an 11 percent reduction in overall homelessness and a 36 percent decrease in chronic homelessness in the city.