Katie Couric: “We Need a Muslim Version of The Cosby Show” to Change Americans Attitudes Towards Islam 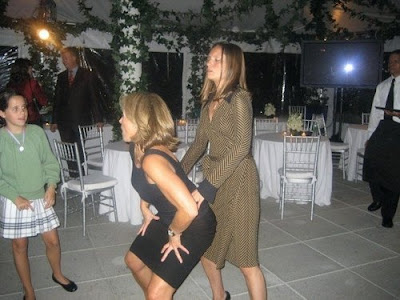 Stone the Lesbians to death, or throw them off a cliff
Katie Couric: 2010 in Review- CBS News


I also think sort of the chasm, between, or the bigotry expressed against Muslims in this country has been one of the most disturbing stories to surface this year. Of course, a lot of noise was made about the Islamic Center, mosque, down near the World Trade Center, but I think there wasn’t enough sort of careful analysis and evaluation of where this bigotry toward 1.5 billion Muslims worldwide, and how this seething hatred many people feel for all Muslims, which I think is so misdirected, and so wrong — and so disappointing.
Maybe we need a Muslim version of The Cosby Show.

Mummy and daddy having fun in the pool

Daddy and mummy working things out

Mummy and daughter having fun

Daddy and baby play at thighing.

Well, now you've done it, Couric. I'm going to have so many nightmares tonight my brain will look like a re-play of "Inception".

Fine, Katie -- but you have to promise to have each week's script fatwa'edby askimam.com. (Question of the day: "Is vegetarian pork halal?" Answer: "Yes", so long as there is no actual pork involved.)

I dare you, Couric.

Hey Katie, you know what really changed American's minds about black people, almost no African America resembled the negative steriotypes that the average white person in American once had of them. Now certianly not all Muslims are terrorists or stealth Jihadists, but you don't see large numbers of them openly denouncing all the evil down in the name of their faith. The day the overwhelming majority of Muslims around the world openly oppose theocracy, excuting apostates and gays, murdering people who "insult" their "prophet," and replacing the constitutions of legitimitally elected secular, goverments with sharia law, the average American's views of Muslim in gerneral will change.

Well said Damien! And her I was going to call her a stupid ditz! Why bother? She degrades herself just fine.

Actually, such a show was attempted a few years ago, with a kurta-wearing teenager in the lead role.

I can't recall the name of the show, however.

Gotta love Google search: The show is called Aliens in America. Information HERE and HERE. That second link gives synopses of the episodes.

you know something guys...I work with two guys with a weird sense of humour and we thought of the same thing...
The 3 of us actually had enough funny moments to fill a 30 minute pilot.I'm dead serious.
We were going to call it:
Rock The Casbah
All we needed was a bunch of college kids with a camera.