Are Western Leaders Embracing Islam Because They Anticipate Gain From The Chaos? 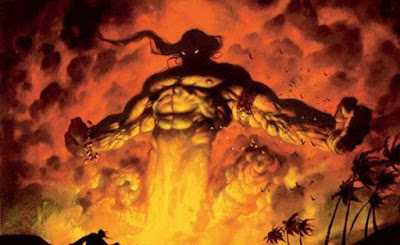 From Islam: The Jinn Is out of the Bottle in American Thinker (hat tip to Cube):


...Like the Moors, history is repeating. And not only is history repeating, but it is repeating on a crash timetable, and with the perverse backing of the host countries destined to be remade in the image of Islamic hegemony. Why would any true German, Frenchman or Briton cooperate in their own organized destruction if there were not some goal or elusive purpose to be accomplished by the ever less accountable and more distant governments that make such decisions?

It would only be logical to deduce that French leaders, German leaders and British leaders have determined that there is an acceptable cost to property and lives if the chaos resulting from the indiscriminate welcoming of new migrant hoards can be directed towards an unspoken goal. This is not out of left field. Angela Merkel calling her own people “neo-Nazis” and turning water cannons on her own citizens is indicative.

Amazingly, this mindset is evident in every recent action to open the borders of Europe and America to their new visitors. Controlled chaos is the desired result. We underestimate the depravity of Western leaders if we think the lives of American and European citizens mean anything more to them than plot points in a narrative, one leading inevitably to the end of national sovereignty....

If the author of this essay is correct, the West's leaders will not turn back from the path they have set.
Posted by Always On Watch at 12:09:00 pm

Of course they bloody well are!

The appease feeds the crocodile hoping to be eaten last. -- W.Churchill