THE PESTILENCE THAT IS JOE BIDEN 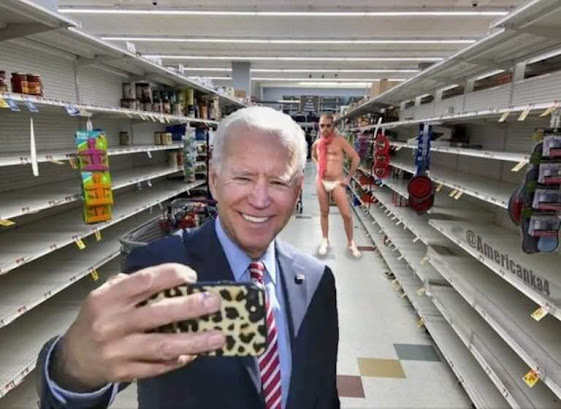 The Environmental Protection Agency (EPA) is preparing to cite the United States’ largest oil field for violating ozone pollution standards, a move that will threaten the end of oil and gas production in the region.

According to the Texas Governor’s Office, the proposed regulations will directly affect the Permian Basin, the largest oil field in the United States, accounting for 95,000,000 gallons of gasoline per day or 40% of the oil produced domestically.

This would be just one more move from Biden’s administration to impact the lives of every American by reducing the fuel supply and causing gas prices to soar well beyond Biden’s record of $5 per gallon.

“Even as Americans are struggling with $5 gas and record-breaking inflation, team Biden continues to double down on their political commitments to ‘end all fossil fuels,'” former EPA Chief of Staff Mandy Gunasekara told reporters Wednesday.

According to a report by Bloomberg, regulators would have three years to propose solutions to the violations.

However, ongoing regulatory uncertainty common to Biden’s ever-increasing climate change initiatives is likely to disincentivize new permits and drilling in the oil field.

Texas Governor Greg Abbott reacted strongly to the proposal and called the EPA to drop the proposal.

This will raise gas prices EVEN MORE.

This action is completely discretionary.

Biden has the power to stop it.

Biden: "Our inflation rate is lower than other nations in the world"

FACT CHECK: The U.S. has one of the highest inflation rates in the developed world. pic.twitter.com/7kXqz4lrgw

Biden Regime Inks $3.2 Billion Deal With Pfizer For An Additional 105 Million Doses of the Experimental Jab

We just received notice from our electricity provider. Our rates double in August. DOUBLE. So let's say tomorrow a breadwinner receives a generous 20 percent raise (not going to happen) - even a generous raise does not cover the exploding cost of living adjustments.

In Texas, how are seniors on fixed income supposed to pay double for electrical? Some will just merely die in the heat.

* But there is PLENTY of money for illegals! Citizens will suffer, but that is o.k. Right? We all know too many of our representatives are enemies of the American people. How to get rid of them legally, is the issue at hand.

I'm sorry to hear that.

I don't know how we're all going to make it.

Sometimes it seems the plan is for us all NOT to make it.