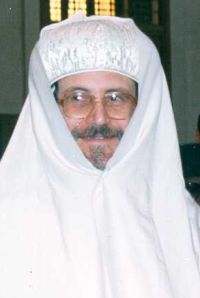 A senior official of the Coptic Church caused an uproar in religious circles in Egypt after suggesting that some verses of the Koran, have been inserted after the death of the Prophet Mohammed, reported the press.

Muslims believe the Koran contains the words that God has revealed to Prophet Muhammad by the archangel Gabriel, over 23 years until his death. If someone says that some verses were added a posteriori, he is then putting into question their validity.

At a recent meeting with the Egyptian ambassador to Cyprus, Bishop Bishoy, secretary of the Holy Synod of the Coptic Church (Egyptian Christians), said he believed that some verses contradict Christian faith, had been added after Muhammad's death, by one of his successors. These remarks have provoked strong reactions in Muslim communities and Christian leaders have expressed fear of communal tensions. But last Wednesday Bishoy said he was misunderstood.

"My question was whether the verses of the Koran were inserted after the death of the prophet, not a criticism," he said. "It's just a question about a certain verse, which I believe is at odds with the Christian faith," Bishop said, quoted by the daily al-Masri al-Youm. "I do not understand how this could turn into a criticism against Islam," he said.

But in Islam is such a proposition a real blasphemy: the Quran is uncreated word of God.

Sources in the prestigious institution Sunni Al Azhar in Cairo, told the newspaper that the comments had made its, chief Sheikh Ahmed Al Tayeb "very angry".

The government itself became involved, through the voice of Salem Abdel Geleel, Vice-Minister of Awqaf, who said in a statement: "The faith of Muslims is a red line and in no case can it be discussed by a non-Muslim".

Hi Claudia.
Am i wrong or did he not retract this statement the next day after Islamist attacked him verbaly?

Some verses were also taken away, like those about Allah's daughters

Vlad Tepes posted this video today and it touches on the issue of how verses for the qur'an were compiled.
Have Muslims burned korans?

the video is quite entertaining . . .enjoy.

"The faith of Muslims is a red line and in no case can it be discussed by a non-Muslim".

The faith of Christians is a red line and in no case can it be discussed by a non-Christain?

The faith of Buddhists is a red line and in no case can it be discussed by a non-Buddhist?

Sorry Galeel, in the modern world that boat won't float so go fuck your goat. Free peoples everywhere HAVE discussed it and shall continue to discuss it even though we find the topic disgusting.

Hello, Will. What the Bishop said (to my knowledge) was that he wasn't trying to criticize the Qu'ran, that he was just asking a question. Anyway, it's interesting that they don't want even to discuss their faith with non-Muslims. o_O

I would understand him if he had retracted his statement. It's not easy to live there if you have "insulted" Islam.

Anonymous 2nd, I will watch the video. Seems interesting.

Anonymous 3rd: "Free peoples everywhere HAVE discussed it and shall continue to discuss it even though we find the topic disgusting."

That's why they are pushing for that ban of criticism on Islam, or as they call it, of "Islamophobia"...

" It's not easy to live there if you have "insulted" Islam."

By saying what he did he said that 'PS, boys, god ain't no author'

Mazel Tov to him, and time to move