cuz they think this man will get us all killed 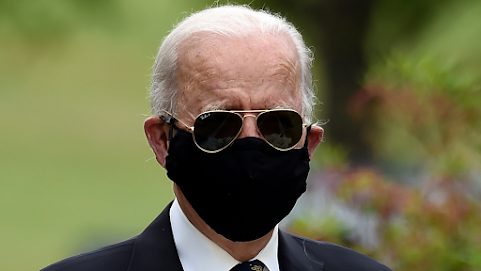 About three dozen House Democrats have signed a letter asking President Biden to renounce his sole authority to launch nuclear weapons, according to reports.

A promise from the president to give up his nuclear capabilities as commander in chief could take the same power away from future presidents.

"Vesting one person with this authority entails real risks," the letter from Rep. Jimmy Panetta, D-Calif., and obtained by Politico reads. "Past presidents have threatened to attack other countries with nuclear weapons or exhibited behavior that caused other officials to express concern about the president’s judgment."

Panetta's office did not immediately respond to an inquiry from Fox News. The congressman said in a Monday tweet that he is "calling on" Biden "to install checks [and] balances in our nuclear command-and-control structure."

The letter continues: "While any president would presumably consult with advisors before ordering a nuclear attack, there is no requirement to do so. The military is obligated to carry out the order if they assess it is legal under the laws of war. Under the current posture of U.S. nuclear forces, that attack would happen in minutes."

Democrats offered some alternatives to sole nuclear authority, such as requiring the vice president and House speaker to agree with a launch order from the president before it is executed, according to Politico.

Presidents have continually passed down a briefcase containing all the necessary materials to dial up a nuclear strike using a specific code, often referred to as the "nuclear football."

Democrats previously expressed concern with former President Trump having access to such power. House Speaker Nancy Pelosi in January, for example, said she spoke with Chairman of the Joint Chiefs of Staff Gen. Mark Milley about protecting nuclear codes from an "unhinged president."

Pelosi said she spoke to Milley on Jan. 5 "to discuss available precautions for preventing an unstable president from initiating military hostilities or accessing the launch codes and ordering a nuclear strike."

The football was passed over a long distance when Biden took office after Trump because the former president did not attend the new president's Inauguration. It is usually handed off between presidents on Inauguration Day.

Maybe both parties need to be more careful about who they nominate and allow to rise to power within their party. But having checks and balances or launch by committee comes with its own hazards about being able launch a timely attack or counterstrike. If a nuke is launched off of New York Harbor, then there is not a lot of time to deliberate. Moreover, it takes time for the men in the silos to go through their launch protocols before we can get a bird in the air.