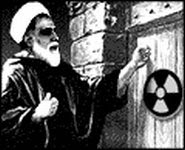 This is from NewsMax which is a dubious source, but the writer is Kenneth Timmerman, whom I respect:


Iran has carried out missile tests for what could be a plan for a nuclear strike on the United States, the head of a national security panel has warned.

In testimony before the House Armed Services Committee and in remarks to a private conference on missile defense over the weekend hosted by the Claremont Institute, Dr. William Graham warned that the U.S. intelligence community “doesn’t have a story” to explain the recent Iranian tests.

One group of tests that troubled Graham, the former White House science adviser under President Ronald Reagan, were successful efforts to launch a Scud missile from a platform in the Caspian Sea.

“They’ve got [test] ranges in Iran which are more than long enough to handle Scud launches and even Shahab-3 launches,” Dr. Graham said. “Why would they be launching from the surface of the Caspian Sea? They obviously have not explained that to us.”

Another troubling group of tests involved Shahab-3 launches where the Iranians "detonated the warhead near apogee, not over the target area where the thing would eventually land, but at altitude,” Graham said. “Why would they do that?”

Graham chairs the Commission to Assess the Threat to the United States from Electromagnetic Pulse (EMP) Attack, a blue-ribbon panel established by Congress in 2001.

The commission examined the Iranian tests “and without too much effort connected the dots,” even though the U.S. intelligence community previously had failed to do so, Graham said.

“The only plausible explanation we can find is that the Iranians are figuring out how to launch a missile from a ship and get it up to altitude and then detonate it,” he said. “And that’s exactly what you would do if you had a nuclear weapon on a Scud or a Shahab-3 or other missile, and you wanted to explode it over the United States.”

The commission warned in a report issued in April that the United States was at risk of a sneak nuclear attack by a rogue nation or a terrorist group designed to take out our nation’s critical infrastructure.

"If even a crude nuclear weapon were detonated anywhere between 40 kilometers to 400 kilometers above the earth, in a split-second it would generate an electro-magnetic pulse [EMP] that would cripple military and civilian communications, power, transportation, water, food, and other infrastructure," the report warned.

While not causing immediate civilian casualties, the near-term impact on U.S. society would dwarf the damage of a direct nuclear strike on a U.S. city.

“The first indication [of such an attack] would be that the power would go out, and some, but not all, the telecommunications would go out. We would not physically feel anything in our bodies,” Graham said.

As electric power, water and gas delivery systems failed, there would be “truly massive traffic jams,” Graham added, since modern automobiles and signaling systems all depend on sophisticated electronics that would be disabled by the EMP wave.

“So you would be walking. You wouldn’t be driving at that point,” Graham said. “And it wouldn’t do any good to call the maintenance or repair people because they wouldn’t be able to get there, even if you could get through to them.”

The food distribution system also would grind to a halt as cold-storage warehouses stockpiling perishables went offline. Even warehouses equipped with backup diesel generators would fail, because “we wouldn’t be able to pump the fuel into the trucks and get the trucks to the warehouses,” Graham said.

The United States “would quickly revert to an early 19th century type of country.” except that we would have 10 times as many people with ten times fewer resources, he said.

“Most of the things we depend upon would be gone, and we would literally be depending on our own assets and those we could reach by walking to them,” Graham said.

America would begin to resemble the 2002 TV series, “Jeremiah,” which depicts a world bereft of law, infrastructure, and memory.

In the TV series, an unspecified virus wipes out the entire adult population of the planet. In an EMP attack, the casualties would be caused by our almost total dependence on technology for everything from food and water, to hospital care.

Within a week or two of the attack, people would start dying, Graham says.
“People in hospitals would be dying faster than that, because they depend on power to stay alive. But then it would go to water, food, civil authority, emergency services. And we would end up with a country with many, many people not surviving the event.”

Asked just how many Americans would die if Iran were to launch the EMP attack it appears to be preparing, Graham gave a chilling reply.

“You have to go back into the 1800s to look at the size of population” that could survive in a nation deprived of mechanized agriculture, transportation, power, water, and communication.

“I’d have to say that 70 to 90 percent of the population would not be sustainable after this kind of attack,” he said.

America would be reduced to a core of around 30 million people — about the number that existed in the decades after America’s independence from Great Britain.

The modern electronic economy would shut down, and America would most likely revert to “an earlier economy based on barter,” the EMP commission’s report on Critical National Infrastructure concluded earlier this year.

In his recent congressional testimony, Graham revealed that Iranian military journals, translated by the CIA at his commission’s request, “explicitly discuss a nuclear EMP attack that would gravely harm the United States.”

Furthermore, if Iran launched its attack from a cargo ship plying the commercial sea lanes off the East coast — a scenario that appears to have been tested during the Caspian Sea tests — U.S. investigators might never determine who was behind the attack. Because of the limits of nuclear forensic technology, it could take months. And to disguise their traces, the Iranians could simply decide to sink the ship that had been used to launch it, Graham said.

Several participants in last weekend’s conference in Dearborn, Mich., hosted by the conservative Claremont Institute argued that Iranian president Mahmoud Ahmadinejad was thinking about an EMP attack when he opined that “a world without America is conceivable.”

In May 2007, then Undersecretary of State John Rood told Congress that the U.S. intelligence community estimates that Iran could develop an ICBM capable of hitting the continental United States by 2015.

But Iran could put a Scud missile on board a cargo ship and launch from the commercial sea lanes off America’s coasts well before then.

Few experts believe that Iran can be deterred from launching such an attack by the threat of massive retaliation against Iran. They point to a December 2001 statement by former Iranian President Ali Akbar Hashemi-Rafsanjani, who mulled the possibility of Israeli retaliation after an Iranian nuclear strike.

“The use of an atomic bomb against Israel would destroy Israel completely, while [the same] against the Islamic only would cause damages. Such a scenario is not inconceivable,” Rafsanjani said at the time.
Posted by Pastorius at 5:05:00 am