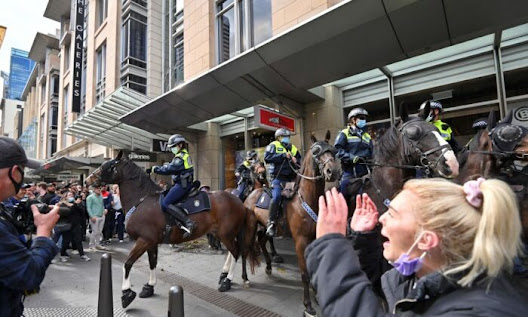 Fuller revealed that police had received over 10,000 tip-offs regarding individuals involved in the protests and that 57 people had been charged, while 250 were fined. Officials and police in NSW and Victoria have taken a hard line against the event.

The commissioner addressed reports of a potential follow-up rally online and issued a blunt warning, “Can I just put this warning out now to everyone? We will be heavily policing that event.”

So Anarchists are good until Stalin decides they're bad. Just like in the Spanish Civil War.

Underneath was tagged "Don't tell me what to do" LOL.