Madagascar Foils Assassination Attempt on President Andry Rajoelina, Madagascar Known for "Continued Denial of Science In The Fight Against COVID" 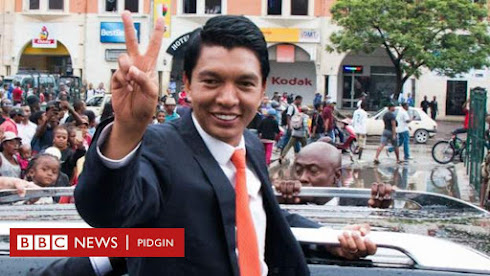 Madagascar said on Thursday it had foiled an attempt to assassinate various Malagasy figures, amongst which President Andry Rajoelina.

Six people, two of them French nationals according to diplomatic sources, have been arrested.

“According to all the investigations we have made, the people arrested are involved in the assassination attempt of the Head of State of Madagascar. The arrests followed all the norms. The arrests were not made by mercenaries but by the police,” Minister of Public Security Rodellys Randrianarison told the press.

“Six people were arrested. Among them, two Malagasy are bi-nationals, there is also a foreigner and the others are Malagasy,” he added.

Police said they intervene to seize weapons on Tuesday after monitoring the operation for months.

Two assassination attempts in a month, the other one the President of Haiti.

And, of course, both of these assassination targets were "Science deniers".

Madagascar’s continued denial of modern science in the fight against Covid-19, and its reliance on an organic, plant-based ‘cure’, is endangering its citizens. And those speaking out against President Andry Rajoelina’s denialism are being jailed for spreading ‘fake news’.

At a time when most countries are trying to secure as many WHO-approved Covid-19 vaccines as possible, the government of Madagascar is recommending a herbal remedy as a “miracle cure”. There is no evidence to suggest that Covid Organics (CVO), a plant-based tonic, is effective in preventing Covid-19 infections, but the government continues to promote its use in response to rising infection rates.

Further, Madagascar’s authorities say they do not intend to make Covid-19 vaccines available to the population, in violation of Madagascar’s human rights obligations. Under international law, everyone has the right to enjoy the best attainable standard of physical and mental health, and the right to enjoy the benefits of scientific progress. This is explicitly expressed in the Universal Declaration of Human Rights, in the International Covenant on Economic, Social and Cultural Rights, by the African Commission on Human and People’s Rights, and even in Madagascar’s own Constitution.

But remember, his "plant-based cure" didn't work. And now he has been the victim of an assassination attempt.