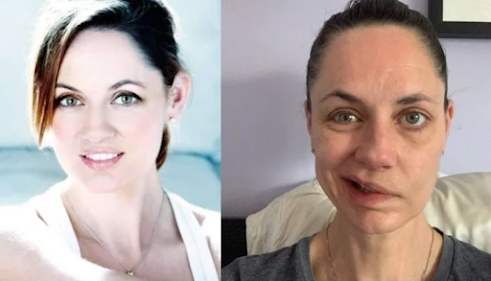 Gibson boasted about feeling “grateful” after getting covid-vaccinated in April.

Weeks later, the actress posted a video on social media documenting the paralysis of half her face in May 2021.

“This is not a video I wanted to make,” she said.

This video by Canadian actress Jennifer Gibson is disturbing in many ways. pic.twitter.com/GEpa5RIoPA

“It’s kind of hard to make… as I’m watching myself, ” she continues as her eyes water and half of her face droops down.

“I have been diagnosed with Bell’s Palsy, which is paralysis on side of the face. While acknowledging the COVID vaccine caused her to develop severe adverse side effects, Gibson continued to promote the experimental vaccine.

“I got it about two weeks after getting my vaccine and I had a rough go with the vaccine, and I guess still am,” she said. “But I have to say that I would do it again because it’s what we have to do.”