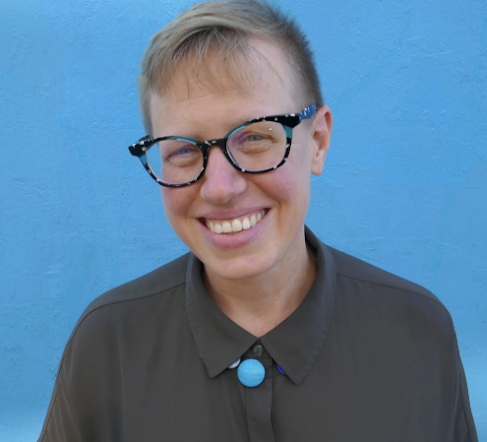 After Drabinski won, she posted on Twitter: "I just cannot believe that a Marxist lesbian who believes that collective power is possible to build and can be wielded for a better world is the president-elect of @ALALibrary. I am so excited for what we will do together. Solidarity!"

The influential Chicago-based Fobazi Ettarh, 32, who was most recently a librarian at Rutgers, is another example of what many call a modern "radical librarian." Ettarh, who is also an educator and writer, says she represents "librarianship, education, activism, and all the intersections in between."

"People that say what librarians do in their own time, out of the library, is their own business. As if white supremacy is something you only do on weekends," she wrote on her "WTF Is a Radical Librarian Anyway?" website.

"It is time to stop being shocked. [People of color] have been telling you this forever. Trans people have been telling you this forever. The disabled. The queer. Librarianship is not the last bastion of democracy. It is not inherently good and sacred. It is an institution. And like other institutions it is riddled with white supremacy, racism, homophobia, transphobia, ableism, and so on, and on, and on... This is who we are."

Supporters of so-called "woke" libraries say they simply want their facilities to be more diverse and inclusive when it comes to gender and race ideology. Opponents say that young children should not be exposed to books like Juno Dawson's "This Book is Gay," (a current No. 1 bestseller on Amazon), "Genderqueer" and "Lawn Boy," which they say depict too-graphic illustrations of gay sex and are freely available to youths at public libraries.

Drag Queen Story Hour, which was launched in San Francisco in 2015, has become a mainstay for children at libraries all over the US and the UK. Drag queens in full regalia perform for children as young as two and three. Though at least two registered sex offenders were found to have been among the drag queens performing at a Houston public library in 2019, the program is still going strong.

Some librarians are fed up with the radical atmosphere. A 50-year-old male in a Western state, who did not want to be identified, said he arrives at work an hour early every day to avoid the younger library staff who he said are "totally woke and radical."

"It's all about the ALA here," he said. "They're the boss. Libraries want to be accredited by the ALA so they do whatever they say. They'll enact their policies across the board and it's insufferable. Librarians are some of the most dangerous people in society. They are very well-organized and they communicate very well. Libraries are lost. They are rotten to the core. So much money has been dumped into them by organizations with agendas."

The ALA first began getting major funding in the late 1990s from the Bill and Melinda Foundation and George Soros' Open Society among other progressive organizations. At its most recent conference, panels included subjects such as "Addressing Critical Race Theory Challenges in Your Library" and "Inspiring the Next Generation to Champion Social Justice through Speech and Debate.

BEYOND SICK! Drag Queen Dances While Little Girl Repeatedly Rubs Her Hand Up and Down the Crotch of “Little Mermaid” Costume While Another Drag Queen Spreads Legs Wide Open On Stage For Toddlers [VIDEO]

“I hope my child grows up to be a sex worker.” said NO parent EVER… 😡 https://t.co/mUlAikBOYv

*CHILDREN SHOULD WATCH THEIR PARENTS HAVE SEX

This is what sex education means now. The next time you meet someone that says “it’s just about safety/inclusion/empathy”, show them this & watch them break their groomer spine trying to justify it. @libsoftiktok @MattWalshBlog pic.twitter.com/VAummIt2yZ

BEYOND SICK! Drag Queen Dances While Little Girl Repeatedly Rubs Her Hand Up and Down the Crotch of “Little Mermaid” Costume While Another Drag Queen Spreads Legs Wide Open On Stage For Toddlers [VIDEO]

What the hell is wrong with the parents in those video clips?

As for woke public libraries, I see that here in the Midwest with the book displays and even some of my library-club associates. No drag queens that I know of. Yet.