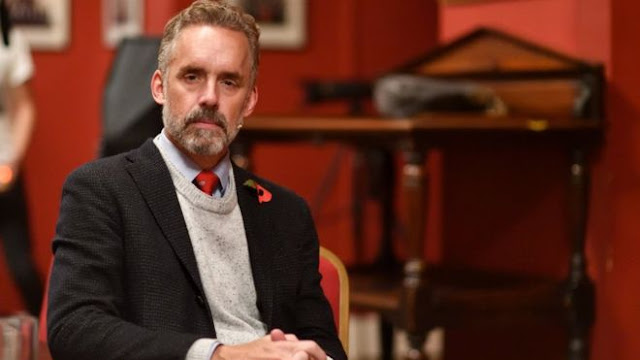 This poorly-written article from the BBC doesn't appear to tell us where, or in what context, this "anti-Islam" t-shirt appeared.


Cambridge University rescinded a visiting fellowship offer to Dr Jordan Peterson because he was pictured with a man wearing an anti-Islam shirt, its vice-chancellor said.

A two-month offer to the psychology professor was removed last week. Dr Peterson labelled the decision a "serious error of judgement".

But Stephen Toope said the university was prompted to rescind the offer due to the picture of a man wearing an "I'm a proud Islamophobe" shirt.

University of Toronto professor Dr Peterson, whose views on gender have been condemned by critics, was set to spend a period in autumn at Cambridge's Faculty of Divinity.

He claimed in a blog post that he planned to collaborate with the faculty on a lecture series on the Biblical book of Exodus.

Visiting fellows are not paid but can make use of the libraries, attend seminars and engage in research, according to the university.

Visiting fellowships are "a courtesy extended to some academics from other institutions" Professor Toope said the offer of the fellowship was granted on an academic basis but, "as a consequence" of becoming aware of the image, the invitation was rescinded.

"The casual endorsement by association of this message was thought to be antithetical to the work of a Faculty that prides itself in the advancement of inter-faith understanding," he said.

The left has created an art form of changing the meaning of words and turning them into a weapon by which to suppress opposition to their agenda.

Is "Islamophobe" even a real word? No, like "assault weapon", it is a ideologically propagandistic word, created out of nothing. The only meaning it has is derived from the context in which leftists use it. Therefore its meaning is malleable and plastic.

"phobe" means to fear, or to avoid. I don't fear Islam. I know that it is the religion of the deity "allah", whose symbol is the crescent moon. Although this deity claims to have a relationship with Abraham and even with Jesus, it only has usurped, appropriated and plagiarized some of the aspects of these Prophets of the Bible. But make no mistake! This "allah" is not the True Creator God in drag, or in any other form.

One proof is that one of the most dramatic prophets of the Bible, Zechariah was instructed to write about a future time, after Messiah (Jesus) returns, when he will require one of the largest Muslim nations on Earth, Egypt by name, to observe the Feast of Tabernacles. See Zechariah 14:16-19 (read it for yourself!)

This passage causes some confusion with orthodox Christians who have been told that God's Holy Days were "done away", but that is not true. They are for all time because they are powerful and instructive metaphors for God's plan of salvation for all humanity. So here is an explicit future event that shows a Muslim nation being strongly encouraged to renounce Islam and to observer to a festival that God gave to Israel. How weak is this "allah" if he were really in charge? Well "allah" is so weak, and utter nonsense that "allah" cannot even defend his own doctrines. He has to have his thug followers do his dirty work.

In due time, we will see who is the real God and who is the #FakeGod.

PS: have I said enough bad things about "allah" to ring the gong in Pakistan?? If not, I reserve the right to extend and amplify my comments on this subject.

Great comment. Thank you for taking the time. I am in agreement with you.