The Shifting Narrative of the Utrecht Shooter: Jihadist Or Not? 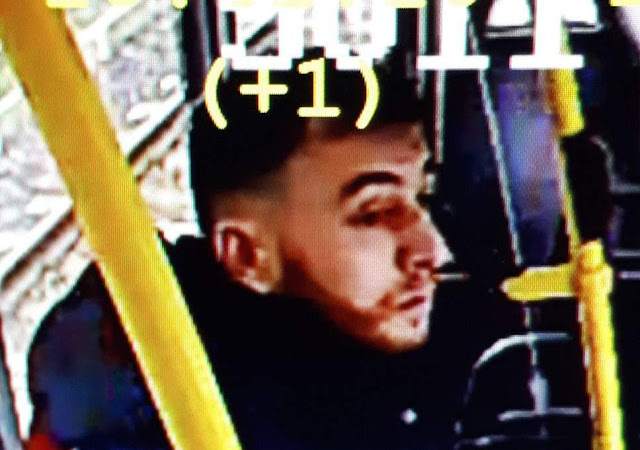 Latest shift in narrative:
Turkish 'terror' suspect 'shot a relative on Dutch tram "for family reasons" and then fired at anyone who tried to intervene'
MORE


Turkish suspect in Dutch tram shooting 'has previously been quizzed by police for crimes including rape', local media claim
A Turkish businessman told BBC Turkish that Gokmen Tanis, the suspect of Utrecht shooting, went to Chechenya to fight, and had been arrested and released a couple of years ago on charges of having links to ISIS
Lickity split...DailyMailAustralia provides excuses for the shooter:

Christchurch mosque shooter was badly picked on as a child because he was 'chubby' - so he turned to violent video games, sparking a downward spiral
Posted by Pastorius at 11:49:00 pm

1. The Turkish terrorist Gökhan Tanis appears in this clip of a street interview
by Powned in 2011:

The subject of the interview is the weather.

Fast Fwd to 3:00 where he appears in the white shirt next to his Moroccan (?) friend
in a red and white shirt with a blue cap. They insult the journalist calling her "slut",
"half of your ass is visible". Then calling her "democrat". They allege that the owner
of her publication Powned is a "Jew". And that how she is dressed is not allowed by
Sharia. At the end he grabs the microphone and says that they can publish what he says.

2. President Erdogan of Turkey has said Turkey will do its own investigation into the
attack. https://www.turks.nl/turkije/algemeen/turkije-onderzoekt-motief-gokmen-tanis

The shifting of the narrative tells me all I need to know.

I grow weary of the constant protection of Islam.

For God's sake! Tell the truth!

Actually the authorities tell us that they think the terrorist motive is the most likely one. However, it is clear that the attackers was a confused, coke dazzled individual, with a string of convictions.

Should Islamic terror attacks implicate all Muslims? No.

(Based on headline: "The Christchurch shootings should implicate All White Australians"
"Shame and apology is not enough in confronting our country's virulent racism."

Snouck, I have a question for you. The guy in the video has medium brown hair, almost reddish, and he looks kind of Jordanian, not Turkish.

Are you sure that's him? How do you know?

The video was shown first in the comments and then in several articles on geenstijl. There is consensus that the person in the video and on the camera footages in the tram where the shooting started is the same person.

Geenstijl is a big website and has millions of viewers. It is the real thing.

One of the links specifically linking the guy in the video to the terrorist is:
https://www.geenstijl.nl/5146785/030-verdachte-gokmen-tanis-is-haatdemocraat/

Actually there was another incident during the weekend, which was not picked up by the media: in Amsterdam, on a market, a Jewish merchant and his son where attacked by their Egyptian neighbour with a cutlass or sword. Both father and son (identified as family C.) were injured.

The attacker is a radicalized Muslim according to the laywer of the victims Herman Loonstein.