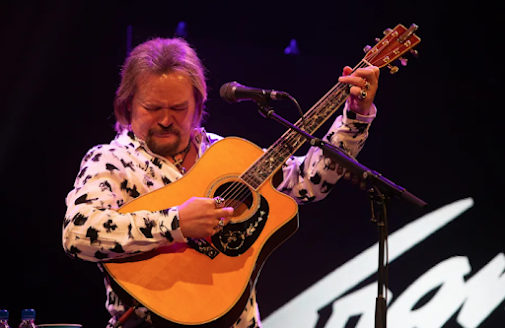 Tritt, a Georgia native, has been very outspoken about his opposition to vaccine mandates and other COVID-19 safety measure. Earlier this week Tritt announced that he's canceling concerts in four states due to their required COVID-19 safety measures. Venues in Mississippi, Kentucky, Illinois and Indiana require concertgoers to wear masks, show proof of vaccination, or proof of a negative COVID-19 test.

In an interview with Billboard, Tritt said that he decided to cancel the shows due to the negative comments he received after performing in venues with COVID requirements. In August, he released a statement that said vaccine mandates were "discriminating" against people who choose to remain unvaccinated. He implied that vaccine mandates are akin to “the squelching of any specific freedoms and basic human rights around the world.”

MLB took the All Star Game out of Georgia because the state legislature passed a law to tighten voter registration requirements which Lets Go Brandon called "Jim Crow 2.0".

Now the Braves have won the right to play in the World Series meaning two, maybe three, games in Georgia. Shouldn't LGB demand these games be played elsewhere?

Do we realize at this point that Dr. Fauci, in a different era, would be an average Nazi physician conducting experiments which violate all standards of human decency?

Where is the damn outrage against this man? I consider him dangerous to the human race.

OK, this disappointed Red Sox fan is officially rooting for the BRAVES.