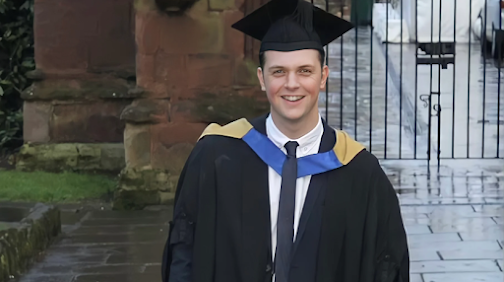 A 26-year-old graduate from Coventry University died from a blood clot on his brain after receiving the AstraZeneca vaccine. An inquest heard that the automotive design graduate was given out-of-date information about the risks of blood clots.

Jack Hurn, from Redditch, died in June last year, less than two weeks after receiving the jab at a vaccine hub in Dudley, county of West Midlands, England. Hurn’s girlfriend, who also took the vaccine, claimed that the medical staff reassured them that the vaccine was safe.

The couple asked the staff for an alternative vaccine as they were “aware of concerns around the use of AstraZeneca for younger people,” but they were told no other vaccines were available, the lawyers said last week.

A week-long inquest at Birmingham Coroner’s Court was told that a GP informed Jack Hurn the risk of blood clots on the brain for his age group was one in 250,000 when the latest NHS guidance estimated it to be one in 50,000, iTV reported.

What are the odds that the guy who knows to ask that question is the guy who had the blood clot that killed him?

Yes, ok that's what you say it is.