What's it going to take to ADMIT our vetting and security are THIRD RATE becuase there are official and unoffical roadblocks to ask asking uncomfortable questions?

Nidal Hasan, the US soldier who killed 13 people at an attack on Fort Hood military base last month, sought advice about murdering US troops in 2008, a Yemeni imam told Al-Jazeera on Wednesday.

On Wednesday, Al-Jazeera's Arabic-language website published an interview with US-Yemeni cleric Anwar al-Aulaqi, who said he and Hasan communicated by email for over a year about the permissibility of killing US soldiers and Israeli civilians.

"The first message I received from Nidal was on 17 December 2008," Aulaqi told the interviewer, adding that Hasan initiated the email communication.

"He asked about killing American soldiers and officers and whether that was legitimate or not," Aulaqi said.

Links between the Muslim cleric and Hasan are already being investigated, but the interview reveals for the first time how long the two men knew each other and communicated, and also offers insight into how early Hasan was thinking about the possibility of attacking fellow servicemembers.

Aulaqi, a US-born preacher, said he met Hasan nine years earlier at the Dar al-Hijrah Islamic Center in Washington, DC and the pair begin communicating after Aulaqi left the United States for Yemen. 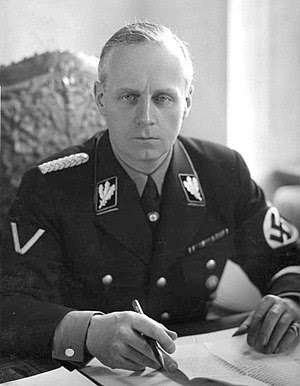 The problem is INSTITUTIONAL and larger than the Army, Armed Forces and govt. Common sense and concern for our own security are not the priority. Being unoffensive in any way is the criterion for being 'civilized'.

We are too 'civilized' to survive.

Which is to say, Hideki Tojo, Isoroku Yamamoto, Herman Goering, Josef Goebbels, and Joachim Von Ribbentrop all deserved the rights recognized by Jefferson et al., and formalized by two thirds of the United States in 1789-90, including the best defending attorneys Americans can find to defend them in the American courts they deserve.
Posted by Epaminondas at 1:14:00 pm