Obama DOJ Claims International Treaties Can Be Used To Do An End Run Around The U.S. Constitution 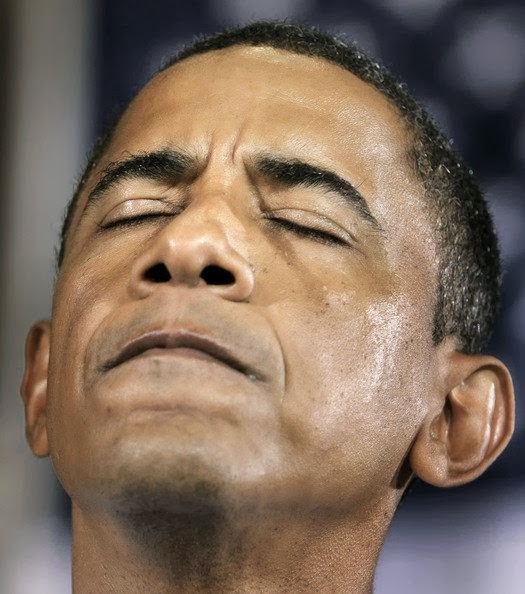 I Will Grind The Serfs To Dust With International Law


Justice Department attorneys are advancing an argument at the Supreme Court that could allow the government to invoke international treaties as a legal basis for policies such as gun control that conflict with the U.S. Constitution, according to Sen. Ted Cruz, R-Texas.

Their argument is that a law implementing an international treaty signed by the U.S. allows the federal government to prosecute a criminal case that would normally be handled by state or local authorities.

That is a dangerous argument, according to Cruz.

“The Constitution created a limited federal government with only specific enumerated powers,” Cruz told the Washington Examiner prior to giving a speech on the issue today at the Heritage Foundation.

“The Supreme Court should not interpret the treaty power in a manner that undermines this bedrock protection of individual liberty,” Cruz said.

In his speech, Cruz said the Justice Department is arguing “an absurd proposition” that “could be used as a backdoor way to undermine” Second Amendment rights, among other things.

When will Boehner begin charges of treason on that sob Harvard grad who simply refuses to honor his solemn oath to "PRESERVE AND PROTECT THE CONSTITUTION OF THE UNITED STATES"?!

THEY are the problem, NOT Obama.

Why is his approval in the 40's?
It's not NEARLY low enough nor is the unconstitutional action OBVIOUS enough for any action to do anything except hurt the people who believe in the Constitution.

SCOTUS, meanwhile has come down the OTHER way on these issues regarding arms.

All, if this case interests you go HERE.

The read Missouri vs Holland, the underlying claim of precedent.

I think Cruz might be a little overboard on this one.

The underlying precedent is 10th amendment enumerated rights reserved to a state (NOT arresting someone violating a bird migration treaty) is not superior to the federal need to comply with the treaty, thus the man was arrested in 1920 by a federal game warden, even though the state declined to act.
That's the precedent which EXISTS.

The govt (despite what we think of THIS exec) as any govt would do, seeks to protect it's own power (which is a separation issue and protection) via enforcement of a chemical weapons treaty in a ridiculous case. They seek to prevent reversal of the existing precedent.

But to push that onto an overruling of the 2nd amendment .. I don't know about that. Why couldn't a treaty be used to suppress speech, press, movement, religion? Everyone would understand that obnoxiousness.

I do NOT believe we have gone so far that SCOTUS would agree to this and I think the precedent might face being OVERTURNED.

The amendments are not in the order they are BY ACCIDENT.

Bond vs US is a 10th amendment case. SCOTUS has ruled in a very conservative manner as regards the 2nd. For a generation and more.

I understand what Cruz is claiming, and it's a worry ESPECIALLY with the present Justice Dept. But I think he is ringing a bell which will hurt the cause just now. The NRA is powerful, but not even close to the 53%, who will be seeing arguments against extremist gun freaks. Better, IMHO, that Cruz, if he is THE MAN to raise the consciousness of the center GENTLY than throw raw meat to the right.

We have to have the center. That's all there is to it.

Just ask yourselves, even though we may disagree with a LOT of what they have compromised on, how much SUPERIOR would a Manchin-Collins (or the reverse) ticket or party be at this moment in American history.

Would Bond even be brought? NO WAY. The dead center looks like the far right to today's ruling class of the dem party.

Could it be that your caution may sound reasonable, when it is not, considering the circumstances we find ourselves in?

The precedent is set w rgd to the 10th amendment.

Listen if the majority keep voting a PROGRESSIVE prez, and the kind of dems I saw yesterday at the Sebeliu shearing, who control the Senate, then we are going to see a turn as we did in SCOTUS from the time From Warren to Rehnquist in reverse.

That's why the voting center is so CRITICAL (and why just being 'RIGHT' may be a losing proposition). AuH20 lost. Reagan grabbed the dems in the middle and WON

I just want to be clear, the Obama admin IN THIS CASE, is making an argument any prez would for instance in the case of executive privilege.
The precedent for this principle was set in 1920 w rgd to the 10th amendment( and the BIG VOTE was none other than Oliver Holmes, and Louis Brandeis). To a prez, any prez his power to make treaties is weakened BOTH by the Senate (think of Wilson) and SCOTUS.

We ATTRIBUTE to them the desire to defeat the Constitution, and they may feel that way, but IMHO any president would act in the same manner albeit for a different motive.

If that precedent was challenged by Bond bringing this case, then the prez will defend the precedent.
Any prez, I believe.
A precedent set by Wilson's admin.

The admin is changing nothing. THAT'S THE PROBLEM.

Cruz would help things more by articulating good reasons for overturn and reversal. Not claiming 'they're coming for our guns'. This attitude enhances Obama's claims.

The precedent is set by Wilson, heretofore the most "Progressive" President we have had, only Obama beat him out.

But, as you say, any President would act the same way.

Not knowing the history of Executive defense of this precedent, I would have to defer to you.