She's a hero, though she is not on our side politically. She is for Freedom of Conscience. 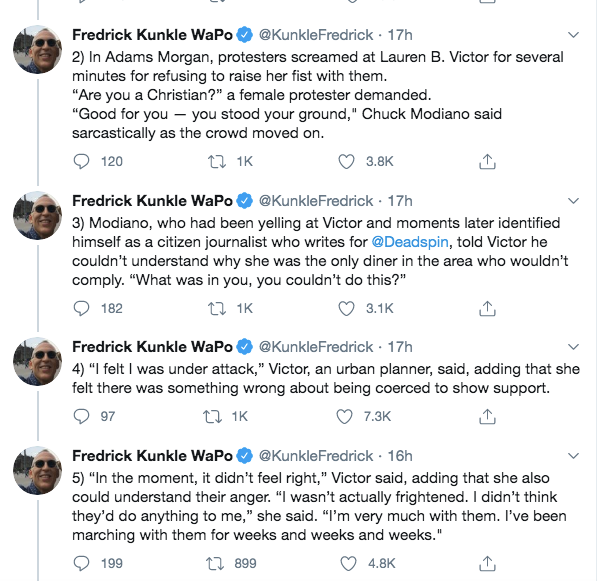 6) Given many comments regarding protesters’ races, it’s worth noting that a young Black woman leading the protest Monday asked White protesters to step forward, as seen here. This direction was given more than once. pic.twitter.com/NEj7z7hdLj
— Fredrick Kunkle WaPo (@KunkleFredrick) August 25, 2020

They are not calling for "justice". They are screeching for class warfare. JUST GET UP AND TELL THE THUGS AND GOONS: "NO".