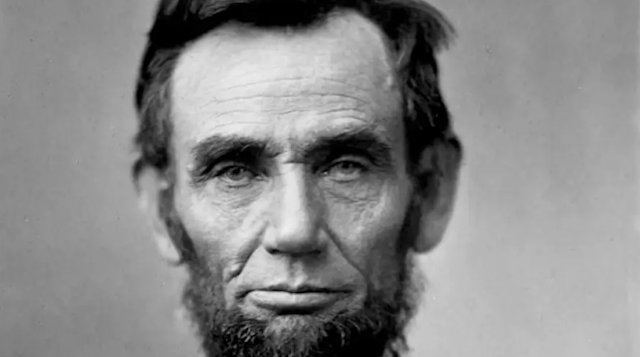 
Traveling to Baltimore in the fall of 1864, Orville Wood had no way of knowing he would soon uncover the most elaborate election conspiracy in America’s brief history. Wood was a merchant from Clinton County in the most northeastern corner of New York. As a supporter of President Abraham Lincoln, he was tasked with visiting troops from his hometown to “look after the local ticket.”

New York legislators had only established the state’s mail-in voting system in April with the intent of ensuring the suffrage of White troops battling the Confederate Army. The results of the 1864 elections would heavily affect the outcome of the war. Lincoln and his supporters in the National Union Party sought to continue the war and defeat the Confederacy outright.

Meanwhile antiwar Democrats, also referred to as Copperheads, looked for an immediate compromise with the Confederate leaders and the end of the abolition movement. Troops from New York were allowed to authorize individuals back home to cast a vote on their behalf.

Along with their mail-in ballots, troops would assign their power of attorney on slips that required four signatures: the voter’s, the person authorized as a recipient, a witness to the signed affidavit and a fellow officer. These documents would be sealed in an envelope and shipped back home to be counted in the final vote.

This was the process that Orville Wood intended to uphold, he would testify in court later. He quickly found out what a challenge that would be. Wood arrived at Fort McHenry in Baltimore to visit with the 91st New York Regiment. There, an Army captain suggested that there had been some “checker playing” when it came to the gathering of soldiers’ mail-in ballots. These suspicions of fraud were echoed when Wood visited wounded men at the Newton University Hospital.

The rumors of wrongdoing led Wood to the office of Moses Ferry in Baltimore. Ferry had been selected by New York Gov. Horatio Seymour to help oversee the voting process for New York’s enlisted men. Seymour had vetoed the initial bill to establish mail-in voting and would go on to run against Ulysses S. Grant in the 1868 presidential election.

Wood masked his suspicions as he entered Ferry’s office, portraying himself as a strong supporter of Lincoln’s opponent, George McClellan. This was enough to gain Ferry’s trust, he testified later. Ferry told Wood that the votes from New York’s 91st Regiment had already been tallied: 400 for McClellan and 11 for Lincoln.

Wood returned to the office later and, following Ferry’s instructions, began forging signatures of the 16th New York Cavalry. Meanwhile, a clerk sat across the room signing ballots from the roster of names Wood had brought with him from home.

Wood asked to personally deliver these fraudulent ballots, but Ferry said they would have to receive final approval from his colleague in Washington — Edward Donahue Jr. Donahue soon arrived in Baltimore and met with Wood. It was revealed during this conversation that around 20 co-conspirators were already at work in D.C. to aid in the plot to deliver votes to McClellan.

The following day Wood watched as Donahue and his crew formed a sort of assembly line, passing blank papers along to one another to be signed with the names of active enlisted men, wounded and dead soldiers, and officers who never existed. In addition to operations in D.C. and Baltimore, the scheme extended back to New York.

Donahue had received rosters of soldiers from military officials and members of law enforcement. A letter from Gen. J.A. Ferrell read, “Inclosed in this package you will find tickets, also a list of names of the actual residents of Columbia County, now members of the 128th Regiment. With my best wishes for your success.”

A letter from Albany Sheriff H. Cromdell offered to send additional men to assist in Baltimore. The letter read,

“All is well here, and we are confident of complete success. It is unnecessary to say that all here have entire confidence in your skill and abetting, and hope you like your help.”

Also discovered in Ferry’s office was a list of around 400 names belonging to sick and wounded soldiers under treatment at a nearby hospital. In reference to the roster, Ferry joked, “Dead or alive, they all had cast a good vote.”

Ferry, Donahue, and their fellow conspirators found humor in their work. One accomplice mocked the outcry he expected from abolitionist newspapers following the corruption of the election. The men bragged about their past successes in fixing local elections back home. Together, the men had shipped crates of fraudulent votes back to New York.

But their scheme was over.

Wood reported the operation to authorities. Ferry’s office was searched, and on the morning of Oct. 27, 1864 — less than two weeks before the election — he and Donahue stood trial before a military commission. Ferry offered a full confession that same day, even offering up the names of others involved in the scheme.

Donahue proved more of a challenge. Following the first day of the trial, a reporter for the New York Times wrote, “The honest electors of the state of New York have escaped an extensive and fearful fraud, a fraud in keeping with the proclivities of the party in whose behalf it was initiated, but one that, if unexposed might have subverted the honest will of the people and left the state and the nation at the mercy of those who would make peace with rebellion and fellowship with traitors.”

Arrests in New York and Washington continued to mount as Donahue returned to trial. Following Wood’s damning testimony and supporting evidence, Donahue begged for mercy from the court. He was a young man, newly married, with no previous record. He visibly wilted as he realized the weight of his current situation, no longer expressing the defiance with which he had entered the proceedings.

The judge advocate addressed the tribunal, saying that Donahue had engaged in one of the most gigantic frauds ever attempted in America — “a fraud which, if it shall be successful, will, in my opinion, have produced a disruption of our entire country, and our war for the preservation of the Union will be practically at an end and futile.”

In the months following Lincoln’s victory — he won 221 electoral votes to McClellan’s 21 — anti-abolitionist newspapers attacked his legitimacy, calling the trial another aspect of a conspiracy conducted by the president to ensure his reelection. The commission that oversaw Ferry and Donahue’s trial recommended life in prison for the two men who sought to corrupt the election by mail. The president, who would soon be slain, approved.

Surely, the Democrat Party has long been behind fraudulent elections. Stuff that ballot box with the votes of long-dead men!