Trump Supporter Executed Walking Down The Street In Portland, BLM Celebrates And Cheers The Killing 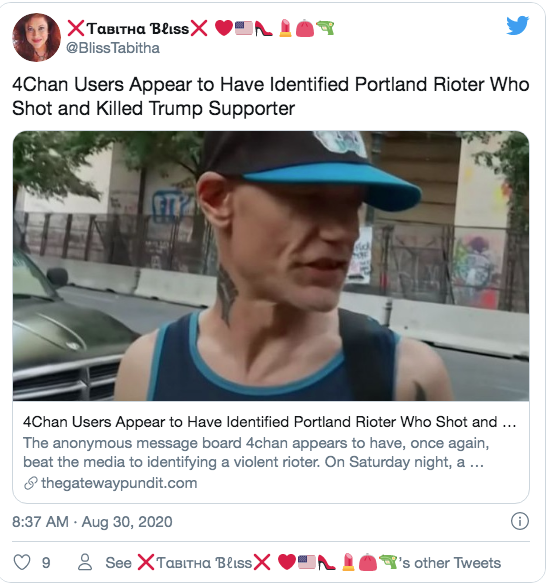 "Reinoehl's 36-year-old sister said she was awakened just before 8 a.m. Sunday by a threatening phone call from someone who told her that "our whole family was in danger unless we turned him over."

"That's how I found out," that her brother was allegedly involved, she told The Oregonian/OregonLive.

She called Sandy police to report the threat, she said. Once she looked online and saw screenshots of her brother's photo, she said she called Portland detectives.

"We reached out to police and confirmed that we recognized Michael in the screenshots," she said. She asked that her name not be used because of the threats."