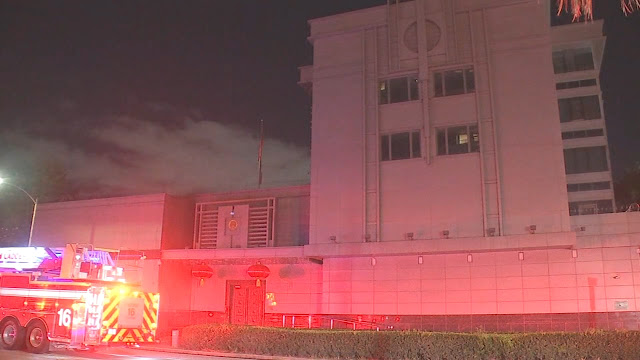 This rioting that has been going on for over two months now, IT IS TERRORISM.

It is not simply a bunch of crazed young men, jacked up on testosterone and rage. It is planned and organized political action for the purpose of forcing Conservatives to live in fear and submit.

Chinese Consulate in Houston Intervened in US Political Movement

The article stated that the U.S. has known that the staff members at the consulate were conducting suspicious activities, but, for a while, it did not take any action. The Second Department of China’s People’s Liberation Army (PLA), which is the PLA’s intelligence unit, sent staff members from a large network company, with fake IDs, to China’s Consulate in Houston.

Those technicians used a large video platform’s backend data to identify people who might participate in the Black Lives Matter (BLM) and ANTIFA’s protests and then created and sent them customized videos on how to organize riots and how to do promotions.

The purpose was to “weaponize” big data technology. It delivered relevant materials precisely to those people who were most likely to participate in the protests, while other people could not even find those videos.

RFA did not spell out the company names. A Twitter account said the technicians were from Huawei and the video platform they used to identify candidates and push videos to was TikTok.