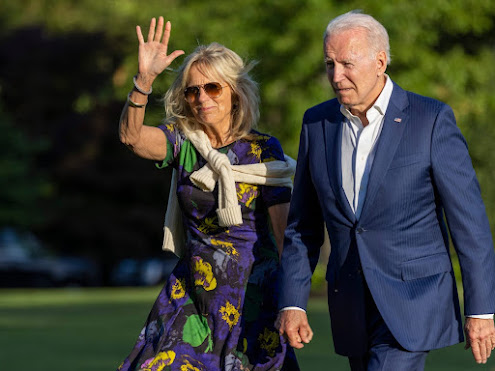 GOP Representative Mark Green of Tennessee proposed an amendment this week to the National Defense Authorization Act (NDAA) that would prohibit “any discharge but honorable” for troops who refuse vaccines.

The White House responded with a statement noting “The Administration strongly opposes section 716,” reasoning that it would “detract from readiness and limit a commander’s options for enforcing good order and discipline when a Service member fails to obey a lawful order to receive a vaccination.”

The statement added “To enable a uniformed force to fight with discipline, commanders must have the ability to give orders and take appropriate disciplinary measures.”

Responding to the statement, Rep. Green said “I am appalled that the Biden Administration is trying to remove my amendment to the National Defense Authorization Act that prevents anything but an honorable discharge for service members who refuse to get the COVID-19 vaccine.”

Green added “This was a bipartisan amendment — every Democrat on the House Armed Services Committee agreed to it.”

“No American who raises their hand to serve our Nation should be punished for making a highly personal medical decision,” Green previously urged.

Another section of the bill, 720, proposes that troops who have previously had COVID-19 should be exempted from a vaccine mandate. The Biden administration also opposes it, claiming it creates “a new and overly broad exemption from the vaccination requirement for previous infection that would undermine the effectiveness of the requirement.”

Sure let's court martial our best.

I consider the current White House administration incapable of compassion or mercy. It does seem that foreign interests are already running the Republic.

My last interaction with a foreign nurse was with one who completely fabricated her CV. And it read like a fabrication. Too clean... too cut and paste.

We brought her into an environment where the rest of us can manage ventilators and critically ill post surgical clients. She probably didn't know a ventilator from a microwave oven. We had to spend months helping her so that she wouldn't kill a patient.

Overall, the Filipino nurses are fairly up to speed. Nurses from India better equipped and come up to speed much faster than nurses educated in Africa. This is just my observation over years of working with foreign nurses.

I am rusty on my UCMJ but I believe that under Article 15 an accused can demand a formal courts martial. How would the military handle thousands of courts martial?

It is downright dishonorable.