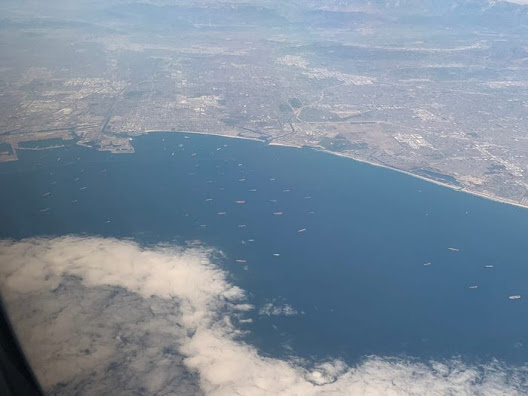 The aerial view of the scene from Sunday captures the magnitude of the situation, as ships wait over a week to dock and unload, turning the coast into a type of parking lot for vessels that can be worth over $100 million and weigh over 200,000 tons.

Before the pandemic, the ports typically had zero or one ship waiting to dock, according to Kip Louttit, the executive director of the Marine Exchange of Southern California. Earlier this year, Louttit told Insider the sheer size of the ships has only made the issue worse. 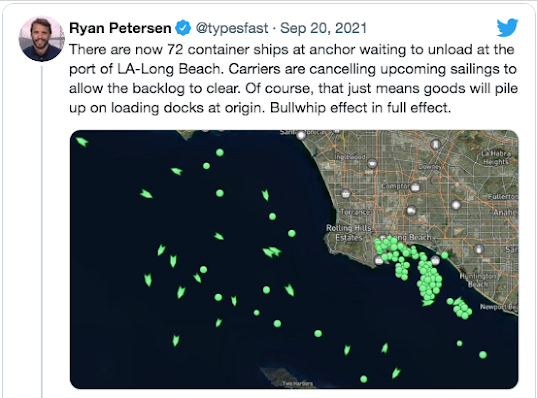 Earlier this year, the backlog showed signs of abating, after hitting a record high in February 2020, when the onset of the pandemic and panic-buying wreaked havoc on global supply chains.

But last month the ports began to beat out February's record, as COVID-19 shutdowns and a labor shortage met a boom in demand from e-commerce and preparation for the holiday shopping season.

There's something strange going on when there is a crisis, and almost no one is talking about it, and those that are aren't even offering explanations.

What the fuck is going on? Is this because of COVID restrictions? Is Bidet-Obama pulling a Cloward-Piven? What?