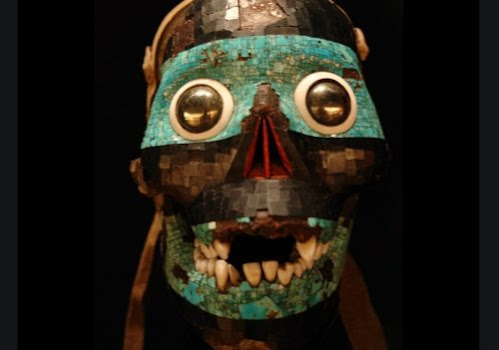 A group of parents is asking California’s public school system to ban teachers from asking students to recite chants to Aztec gods, including one worshiped with human sacrifices. The parents also contend that the ethnic studies program that the state adopted earlier this year violates the U.S. Constitution.

In Aztec tradition, an impersonator of Tezcatlipoca, one of several gods featured in the curriculum, would be sacrificed with his heart removed to honor the deity. The educational lessons were described this week as “blatantly unconstitutional” by the Thomas More Society, which is representing the parents in the legal action against the state of California Board of Education.

“Our clients are not opposed to having students learn about different cultures and religions, including the practices of the Aztecs,” the Society said in a statement. “But the California State Board of Education’s approved Ethnic Studies Model Curriculum goes far beyond that by directing students to pray to Aztec deities. This portion of the Ethnic Studies Model Curriculum is not only offensive, but blatantly unconstitutional.”

I've heard of this before and wasn't sure I believed even these woke freaks would go this far. They should have the kids reading "The Discovery and Conquest of Mexico" by Bernal Castillo Diaz, who was a soldier with Cortez. Absolutely fascinating.

He reports that in every village they passed through was one of those pyramidal temples with a blood-spattered sacrifice room at the top. After about the third one Cortez told his priest he was going to order them to stop holding those human sacrifices. The priest, who was of a more cautious nature, suggested he just tell the natives his opinion -- they were already somewhat in awe of him -- and leave the rest to them, lest they all wind up contributing to that blood spatter on the walls.

That's the Aztec gods that these so-called educators are instructing these kids to raise chants to!

Also, I just found this on the sidebar...

...and it's an excellent discussion of the role of the occult in the cartels. I used to run across some of this 30-40 years ago when doing cult investigation and now that it's coming to the U.S. I'm very glad I'm not in that line of investigation any more. This stuff is truly hardcore and terrifying in the power it can have over these people. The agent's analysis of that is spot on.

I just watched a video about Bernal Diaz' writings just the other day. Fascinating. I had not been aware of that. I mean, i knew about the Aztecs but I did not know of his testimony.

Yeaah, that video on the occult in the cartels was very worthwhile, wasn't it?