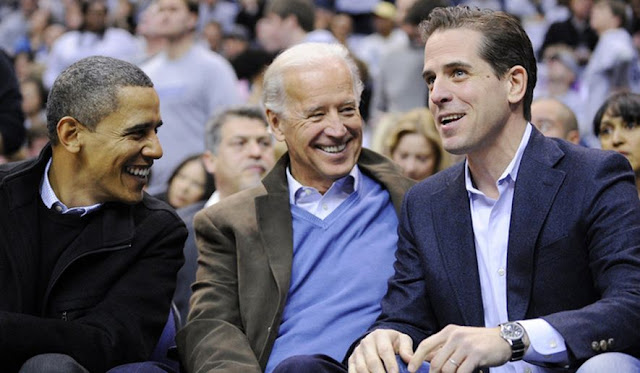 And the fake "whistleblower," Eric Ciaramella, checked the Ukranian officials into the White House?
Politico reporter Ken Vogel contacted the White House for comment on a story he was working on. It's this email that has just been revealed.


On May 1, 2019, Vogel contacted State Department official Kate Schilling about a story he was working on regarding an Obama administration meeting in January 2016 with Ukrainian prosecutors and mentioned the name of the CIA analyst believed to be the whistleblower whose complaint sparked impeachment proceedings that led to two articles of impeachment: abuse of power and obstruction of Congress. Ingraham did not state the name of the alleged whistleblower — Fox News hosts are banned from doing so until the identity is confirmed — and blacked out the name when showing excerpts of documents. However, she likely was referring to Eric Ciaramella, who some Republicans and conservative media figures believe is the whistleblower.
In the email, Vogel wrote, "We are going to report that [State Department official] Elizabeth Zentos attended a meeting at the White House on 1/19/2016 with Ukrainian prosecutors and embassy officials as well as ... [redacted] from the NSC ... the subjects discussed included efforts within the United State government to support prosecutions, in Ukraine and the United Kingdom, of Burisma Holdings, ... and concerns that Hunter Biden's position with the company could complicate such efforts."
...
Using archived Obama White House visitor logs, Ingraham said her team was able to corroborate details of the January 2016 meeting, showing on the screen the names of Ukrainian officials checked into the White House by Ciaramella, who was Ukraine director on the National Security Council.

EXCLUSIVE: Why did the Obama White House host a meeting for Ukrainian officials where the Bidens and Burisma were discussed? Organized by the person many have pegged as the whistleblower no less! https://t.co/BWJaNXzbCL
— Laura Ingraham (@IngrahamAngle) January 23, 2020


It's all a debunked conspiracy theory.
Posted by midnight rider at 10:48:00 pm