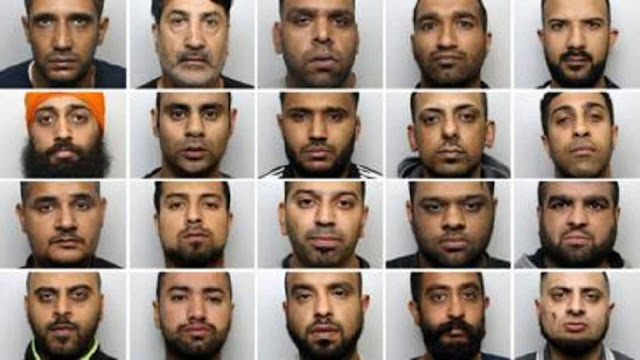 
The report chronicles how Operation Augusta was launched and then scuttled after her death in 2003, despite identifying 97 suspects and 57 victims.

Constable B, the anonymous cop responsible for some of the most revealing quotes in the report, said, “What had a massive input was the offending target group were predominantly Asian males and we were told to try and get other ethnicities.”

Mohammed Yaqoob, the pedophile who had forcibly injected Victoria with heroin and was cleared of manslaughter charges, was not the sort of pedophile the Manchester cops were supposed to find.

A meeting at Greater Manchester Police headquarters “acknowledged that the enquiry was sensitive due to the involvement of Asian men” and worried over “the incitement of racial hatred.”

There were concerns about “the damaged relations following Operation Zoological.” Those were the police raids targeting Iraqi refugees involved in an alleged Al Qaeda plot to bomb a soccer stadium in Manchester. Some in the Greater Manchester Police didn’t see the point to stopping the rape of young girls because of cultural differences.

“There was an educational issue. Asian males didn’t understand that it was wrong,” Constable B said.

The reason they "didn't understand it was wrong" is because THE KORAN TELLS IT IS THE RIGHT THING TO DO!

In The Qur’an Allah tells Muhammad that he has given him girls as sex slaves: “Prophet, We have made lawful to you the wives to whom you have granted dowries and the slave girls whom God has given you as booty.” (Qur’an 33:50)

THIS IS NOT A UNIQUE STORY. I HAVE BEEN POSTING STORIES LIKE THIS FOR 10 YEARS!

But in the UK they are still acting as if they are surprised.

Fuck the immoral pos's in the UK's police forces!
Posted by Pastorius at 2:08:00 pm