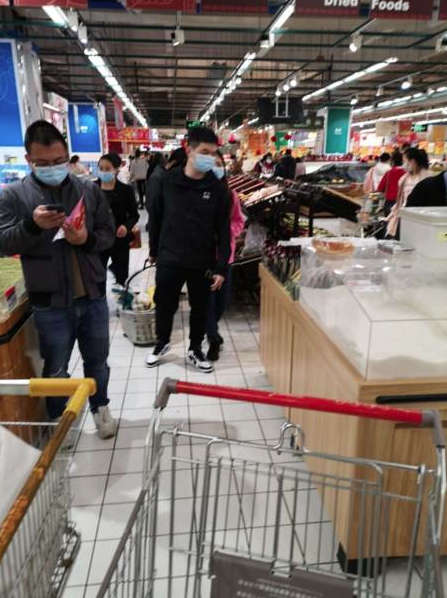 Barriers are in place around China, preventing individuals from traveling the country as is customary during the Chinese New Year.

Food shortages are being reported as the year of the rat starts on a terrible note. Chinese citizens in the cities impacted because of the coronavirus are feeling the impact of the virus whether they are infected or not.

Many shopping centers across China are running out of food.

As we noted yesterday, the individuals living in smaller villages who have fields to grow crops are the lucky ones. They can live off of their bags or rice and dried food for a couple of months. The people in the big cities however are at risk already, as the stores are beginning to run out of foodstuffs.

The rumors in China are that the US was involved. Hong Kong schools announced they are closed now through the end of February.

Unfortunately, this is just the beginning and something the China economy could not afford at this time.

What if, years down the line, we find out China used the Coronavirus situation as an opening to enact a long-planned Population Culling.
Posted by Pastorius at 2:20:00 pm

It's a very big deal for the Chinese to close schools!

I trust the Chinese to handle this well. They are so competent. Sarcasm off.