Eric Ciaramella Openly Schemed With Fellow Joe Biden Holdover to "Take the President Out," From the Very Moment They Were Briefed on Trump's "America First" Foreign Policy 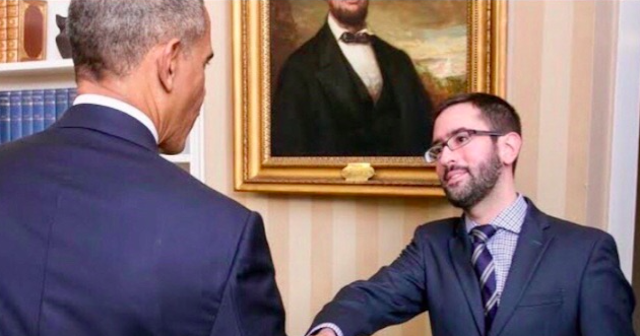 Before we launch into this, one thing that is very important to know is that Eric Ciaramella's area of expertise is THE UKRAINE!

So, if anyone was going to competently scheme to launch a coup based upon supposed coercion of Ukrainian policy, it would be Eric Ciaramella.

And he hates Trump. So he has the MOTIVE AND THE MEANS.


Two NSC co-workers told RCI that they overheard Ciaramella and Misko - who was also working at the NSC as an analyst - making anti-Trump remarks to each other while attending a staff-wide NSC meeting called by then-National Security Adviser Michael Flynn, where they sat together in the south auditorium of the Eisenhower Executive Office Building, part of the White House complex.

The "all hands" meeting, held about two weeks into the new administration, was attended by hundreds of NSC employees. "They were popping off about how they were going to remove Trump from office. No joke," said one ex-colleague, who spoke on the condition of anonymity to discuss sensitive matters.

A military staffer detailed to the NSC, who was seated directly in front of Ciaramella and Misko during the meeting, confirmed hearing them talk about toppling Trump during their private conversation, which the source said lasted about one minute. The crowd was preparing to get up to leave the room at the time.

"After Flynn briefed [the staff] about what 'America first' foreign policy means, Ciaramella turned to Misko and commented, 'We need to take him out,' " the staffer recalled. "And Misko replied, 'Yeah, we need to do everything we can to take out the president.'" Added the military detailee, who spoke on condition of anonymity:

"By 'taking him out,' they meant removing him from office by any means necessary. They were triggered by Trump’s and Flynn’s vision for the world. This was the first 'all hands' [staff meeting] where they got to see Trump’s national security team, and they were huffing and puffing throughout the briefing any time Flynn said something they didn’t like about 'America First'."

He said he also overheard Ciaramella telling Misko, referring to Trump, "We can't let him enact this foreign policy.'" Alarmed by their conversation, the military staffer immediately reported what he heard to his superiors.

"It was so shocking that they were so blatant and outspoken about their opinion," he recalled. "They weren't shouting it, but they didn’t seem to feel the need to hide it." The co-workers didn’t think much more about the incident. “We just thought they were wacky,” the first source said. “Little did we know.”

Neither Ciaramella nor Misko could be reached for comment.

The fact that these people were willing to openly discuss such a nefarious plan tells us that such strategies are common in Washington, and that they are tolerated and accepted.

The people who are telling us they overheard the plot 2 years ago should have REPORTED it two years ago. But obviously they didn't think it was out of the ordinary, until now, when the gravity of events are driving them to realize that, in some sense, they were accessories to a coup d'etat.