TAKING THE ARTS BACK FROM THE LEFT: Reconnecting Art to Beauty, Enjoyment, and Truth 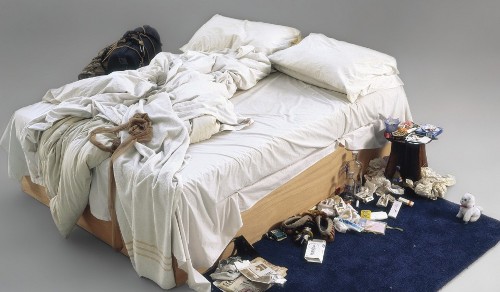 When Andrew Breitbart stated, “Politics is downstream from culture,” he was echoing an earlier visionary: mystical artist William Blake, who proclaimed “Empire follows art and not vice versa.” We are currently suffering the consequences of a terrible trajectory: long-marching elitists have weaponized contemporary art into an assault on the foundations of Western civilization.

The systematic undermining of the arts were a prerequisite for the Marxist goal of cultural disintegration. Before elitists began decreeing blatantly absurd claims such as mere words can magically transform men into women, or that Jeffrey Epstein killed himself, our cultural institutions replaced art with artifice.

What they call “art” is an empty mimicry, lacking substance and significance. This is the clumsy power grab of Postmodernism. Postmodernism is an irrational BAMN belief system which asserts ruling elites can alter reality through the sorcery of sophistry, and deny out of existence the eternal chains of cause and effect.

Postmodernists have overlaid reality with an artificial construct, dominated by their own peculiar skillsets for lying, bullying, virtue signaling, and ass kissing. Under this totalitarian network, conformity is mandatory for advancement opportunities. Actual innovation and creativity threaten the controlled spoils system Postmodernists depend on.

The visual arts are in a crisis of relevance due to the Postmodern establishment’s efforts to exterminate genuine artistic experiences. Through administrative malfeasance, our society is denied the inspiration to live up to ideals, the encouragement to think and feel deeply, the yearning to harmonize with truth and beauty. They need us to stay passive, distracted and shallow.

Postmodern art is a tool of oppression. Postmodernism is the consensus worldview of the New Aristocracy of the Well Connected. But far from being an unassailable citadel, Postmodernism is also the reason their hierarchy is failing. Hollowed out by their own corrupt pretensions, their would-be tool of domination is destroying them.

Enduring changes start in the arts.

Today, around the world, people are rising up against governing class arrogance, incompetence, and treachery. This seismic global phenomenon was foretold by a grassroots art movement. In 2000, two English painters, Charles Thomson and Billy Childish, codified what they called Remodernism, an insurgency against the manipulative and destructive Postmodern status quo.

Remodernism acknowledges the purpose of art: an inclusive means of spiritual communion and connection. This inspiring message is particularly in sync with the values of the United States. Remodernism is the latest iteration of the American character: ordinary people working as explorers and inventors, optimistic, self-reliant and productive. A Remodernist artist formulates expressions of personal liberty to convey higher meaning, personal growth, and connectivity. 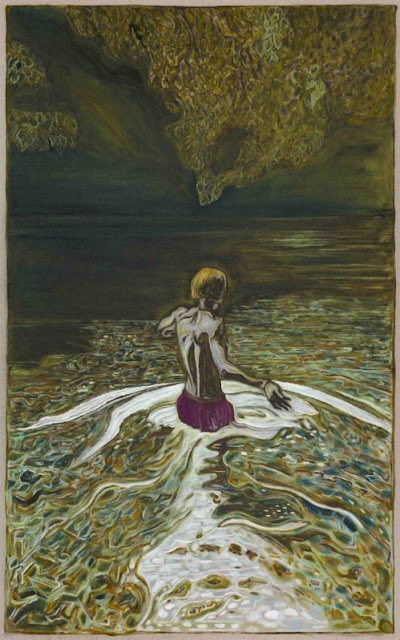 Remodernism sees art as a conduit for shareable moments of beauty, enjoyment, comprehension, and truth. Assembling these elements together approaches a state of grace, the ultimate expression of the love bestowed on us by our Creator. We are called to follow His example.

The Left never expected a counter attack to come from the arts. They thought they had successfully destroyed our legacies, and stifled the wisdom of our traditions. However, the human instinct for art is stronger than the power games of a greedy and fraudulent ruling class.

The best thing is the Remodern means of attack is not by destruction, but by creation. We have out-evolved them. This is our moment in the mighty continuum of art and life. Remodernism accepts the responsibility for creating a new art for this dynamic era, art that accurately shows who we are, and what we can be.

Post modern art also serves as a vehicle for money laundering.
2013 NYT: Valuable as Art, but Priceless as a Tool to Launder Money
No Secrets about Money Laundering
Why does it seem like most notorious drug dealers and dictators have vast collections of art? Part of the reason is that most people love art and it happens to be easy to hide. Even though people’s interests and tastes may differ, the desire to collect or at the very least view art is consistent among large segments of the population. Read our recent review of “Possession: The Curious History of Private Collectors from Antiquity to the Present.”

There is however, a more sinister incentive to “collect” valuable art. Art, especially paintings on canvas by a select group of artists, is easier to move and store than other assets of similar value, such as precious metals or cash. Patricia Cohen, Valuable as Art but Priceless as Tool to Launder Money, N.Y. Times, (May 12, 2013), at A.1. As a moveable commodity, for example, if rebel forces are raiding a dictator’s palatial compound it would be very easy to pull a painting off the wall, remove it from its frame and escape with an asset worth millions of dollars.

By the way, there is a clothing company called Supreme Clothing which I have long suspected of being a Money-Laundering vehicle: