Feral Left-Winger Murders His Boss Because His Boss Supported Trump


Here's a photograph of the victim, William Knight. 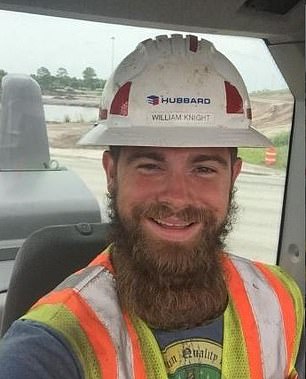 Toney was arrested and charged with first-degree murder for Knight's killing, according to an arrest affidavit from the Orange County Sheriff's Office. A preliminary report revealed the murder weapon was a trowel, a tool used for brick laying.

Coworkers told investigators that Toney and Knight were friends outside of work, despite their political differences.

On the day of the murder Knight had picked up Toney for work and they were driving to different job sites when they started to argue, workers at the Florida turnpike construction site in metro Orlando said.

When they arrived at the Turnpike site workers heard Knight yelling for help by an exavator. Workers ran over and saw Toney standing over Knight stabbing him with a trowel. Workers tried to stop Toney by throwing items at him, but he then moved towards them holding what they thought was a knife.

He then got into a truck and drove off, calling his coworkers terrorists as he sped off. Workers found an American flag and the flag's packaging next to Knight's body.

Witnesses said that Toney showed up for work that day with a backpack which was highly unusual for him, according to the arrest affidavit.