Rather than destroying the equipment before leaving the country, Joe Biden decided to leave the nearly $85 billion worth of US military equipment to the Taliban.

The big story might be the pallets of cash the Taliban have been posting videos of pallets of weapons and stacks of $100 bills they have seized.

One example is below: 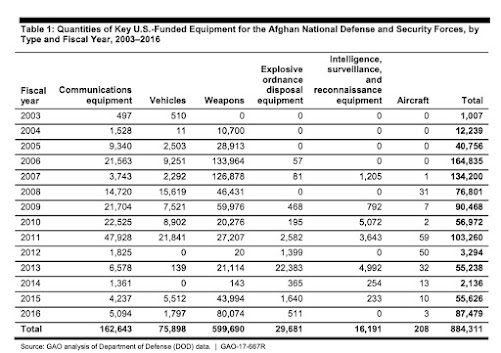 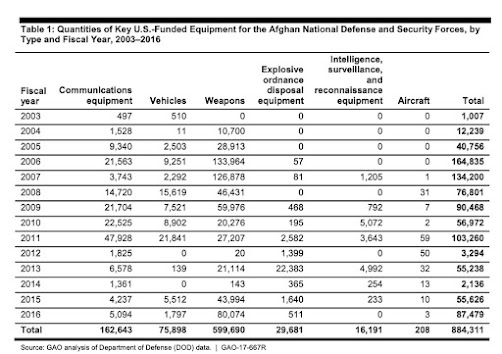 It also appears the Taliban seized way more ScanEagle drones than the government is saying they did.

There is no accounting on the number of crashed units. Direct Quote from Report

This week, the SIGAR audit on the $174 million drone loss disappeared from its website. Here is the link that was removed.

GO READ THE WHOLE THING.
I usually don't think much of the idea of impeaching a President. But in this case, Biden has really fucked the United States, and the world.
That being said, I don't believe this is Biden's doing. At the very least, someone in the military should have INSISTED on destroying these weapons.
The notion of NOT destroying them is not a mistake. It can only be purposeful.
And the only purpose for this is a Gramscian tactic.
I believe this was a calculated tactic, laid into the policy of the American military by someone who hates the United States with a malevolent passion.
These people will get us all killed.
Posted by Pastorius at 3:25:00 pm

ff 19:23 on this BitChute video clip of Tucker Carlson's program for August 25, 2021 to listen to his guest, Eric Prince, founder of BlackWater, discuss multiple efforts to rescue Biden and several Democrat Party VIPs on a Congressional visit to Afghanistan ESCAPE Taliban territory in 2008 when their helicopter got lost during a blinding snow storm in the winter . Today, BlackWater continues to rescue Americans during Biden's Afghanistan surrender and shameful abandonment of AMericans.
https://uploads.disquscdn.com/images/6be05274bf70d7d2e3f2e48d07aaa72636e034b3202cc248522119b3534fee1c.jpg